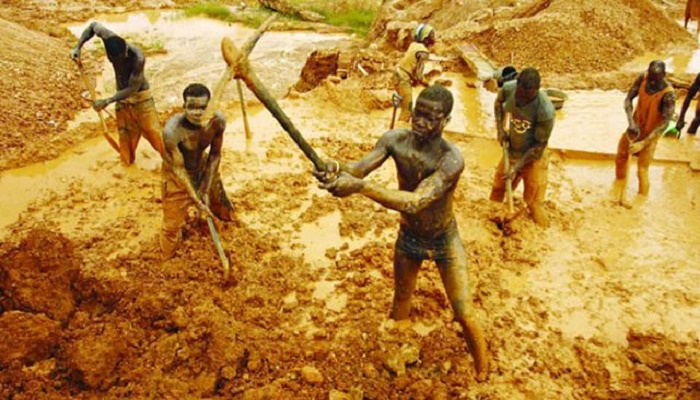 Nine people died in a gold mine collapse in northern Ghana this week, police said Thursday as rescue operations continue.

Accidents in small-scale gold-mining, known locally as “galamsey”, are common in the West African nation and President Nana Akufo-Addo vowed a crackdown to curb its environmental damage.

The latest incident in the remote mining area of Gbane, Talensi district, in the Upper East region near the border with Burkina Faso happened late on Monday during a downpour, police said.

“We started with our rescue operation on Tuesday and by Thursday, we’ve been able to retrieve nine bodies,” police spokesman David Fianko-Okyere told AFP.

“We suspect three more bodies are trapped down there so we’re doing everything possible to get them dead or alive.”

Eyewitness Yakubu Musah said the mine caved in after rain water flooded the pit.

“There are about two or more different pits underground here with only one tunnel connecting as passage to them,” said Musah.

“When you are down there it’s very difficult to tell what is happening out here, so I’m sure they had no idea it was even raining. I don’t think anyone survived.”

Upper East Regional Minister Stephen Yakubu said the mine was a registered mine, not an illegal site.

“We suspect the rains may have weakened the foundations of the pit,” said Yakubu adding that a committee would investigate the causes.

In a separate incident last week, three people were killed when an illegal gold mine collapsed in the south of the country.

Ghana is Africa’s second-largest gold producer and exports of the metal, along with other minerals and oil, drive the country’s economy.