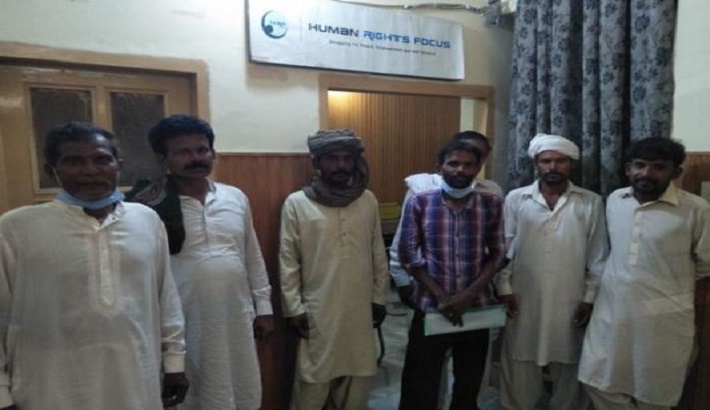 The Human Rights Focus Pakistan (HRFP) has condemned the murder of Arif Masih, a 32-year-old Christian of a village in Toba Tek Singh district in Pakistan's Punjab province.

Arif Masih was killed on May 23 while defending her 18-year-old sister, Rehana Bibi who was harassed, kidnapped, and beaten allegedly by Muhammad Tariq, Muhammad Majid, and allies.

Masih registered an FIR against culprits for threatening Rehana Bibi and the culprits threatened him to step back. Later, the accused allegedly killed him and are now trying to make it a fake suicide story.

In response to this, an FIR of Arif Masih's murder was registered at the local police station by his brother Rizwan Masih on May 24.

"The family is under threat as they shared with the HRFP fact-finding team during the visit to their house and the family's visit to HRFP office as a follow-up of the case. The HRFP ensured their assistance with the provision of legal and attached fulfillments until the justice," the rights group said in a release.

Naveed Walter, president of Human Rights Focus Pakistan (HRFP) said that the "harassment" of Christian minority girls is rising each day especially the girls in medical fields and other workplaces.

"The aftershocks of Faisalabad nurses victimisation accusing blasphemous charges has been seen in Punjab Institute of Mental Health, Lahore where a Church was taken over when Christian nurses were worshiping", the HRFP president said.

He explained how "Rehana Bibi just went to near milk shop when Muhammad Tariq and Muhammad Majid harassed her. On hearing crying, Arif Masih reached to help and made her escape. The culprits followed them and entered their home forcefully, dragged Rehana to the street, violence, and tore her clothes. The miseries of minorities are not stopping; the question is where is the government?"

Walter said, "The eyewitnesses Mangi Masih and Rizwan Masih shared with HRFP that Muhammad Tariq and Muhammad Majid hits Rehana with wooden rod particularly to her stomach until she became unconscious".

He further added, "They beaten Arif Masih and family also at home while another character Taj Gujjar, the ally of Muhammad Tariq beaten Arif Masih when he was on a way to the police station during FIR registering".

"Human Rights Focus Pakistan is highly concerned about free & fair justice process while the family and eyewitnesses Shahih Masih and Ijaz Masih are also under threats that saw culprits carrying Arif Masih taking him forcefully with them on the day of his murdering," said Walter.