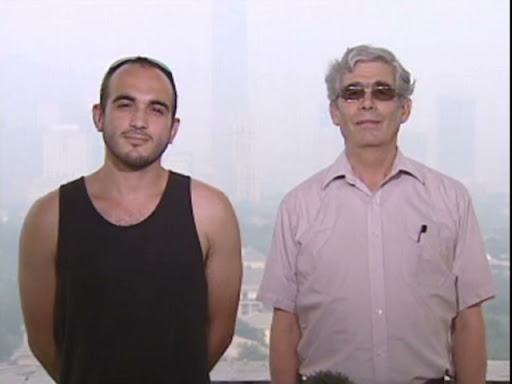 In China, white people can be rented.

For a day, a weekend, a week, up to even a month or two, Chinese companies are willing to pay high prices for fair-faced foreigners to join them as fake employees or business partners.

Some call it "White Guy Window Dressing." To others, it's known as the "White Guy in a Tie" events, "The Token White Guy Gig," or, simply, a "Face Job."

And it is, essentially, all about the age-old Chinese concept of face. To have a few foreigners hanging around means a company has prestige, money and the increasingly crucial connections -- real or not -- to businesses abroad.

"Face, we say in China, is more important than life itself," said Zhang Haihua, author of "Think Like Chinese." "Because Western countries are so developed, people think they are more well off, so people think that if a company can hire foreigners, it must have a lot of money and have very important connections overseas. So when they really want to impress someone, they may roll out a foreigner."

Last year, Jonathan Zatkin, an American actor who lives in Beijing, posed as the vice president of an Italian jewelry company that had, allegedly, been in a partnership with a Chinese jewelry chain for a decade.

When is being foreign a career advantage?

Zatkin was paid 2,000 yuan (about $300) to fly, along with a couple of Russian models, to a small city in the central province of Henan where he delivered a speech for the grand opening ceremony of a jewelry store there.

"I was up on stage with the mayor of the town, and I made a speech about how wonderful it was to work with the company for 10 years and how we were so proud of all of the work they had done for us in China," Zatkin said. "They put up a big bandstand and the whole town was there and some other local muckety-mucks."

The requirements for these jobs are simple. 1. Be white. 2. Do not speak any Chinese, or really speak at all, unless asked. 3. Pretend like you just got off of an airplane yesterday.

Those who go for such gigs tend to be unemployed actors or models, part-time English teachers or other expats looking to earn a few extra bucks. Often they are jobs at a second- or third-tier city, where the presence of pale-faced foreigners is needed to impress local officials, secure a contract or simply to fulfill a claim of being international.

"Occasionally companies want a foreign face to go to meetings and conferences or to go to dinners and lunches and smile at the clients and shake people's hands," read an ad posted by a company called Rent A Laowai (Chinese for "foreigner") on the online classified site thebeijinger.com.

It continued: "There are job opportunities for girls who are pretty and for men who can look good in a suit."

People like Brad Smith. When Smith -- the nom de plume of the Beijing-based American actor -- answered CNN's phone call on a recent morning, he was standing outside a meeting room at a Ramada Inn in Hangzhou, a city about 100 miles outside of Shanghai. Today's job: Pretend to be an architect from New York and give design plans for a new museum to local officials.

"They have not told me what my name is today. I think it is Lawrence or something," said Smith -- unlike some jobs, no fake business cards were given to hand out.

Earlier that morning he went over his script with his Chinese "business partners" at a Kentucky Fried Chicken. "It says, 'Good morning distinguished leaders. It is my privilege to participate in this program'," said Smith, who asked that his real name not be used for fear it could jeopardize future jobs.

If Smith is asked a question, he is told to pretend to answer as his "translator" pretends to understand.

Occasionally, these jobs can go awry. Smith said 18 months ago Beijing police showed up at his apartment after a financial company he worked at for a couple of months in Xi'an, a city in western China, allegedly swindled millions of yuan out of clients.

"That company said I was the guy in charge," he said. "I didn't even remember the company's name. After that, I decided I was never going to use my passport again with these fake companies. The small gigs are much less dangerous." Sometimes companies will hire Caucasians simply to sit in the office a few hours a day near the window where clients and customers can see them.

White women are also a hot commodity, sometimes to pose as phony foreign girlfriends, or, in the case of Vicky Mohieddeen, to pretend to be an oil tycoon.

Mohieddeen, who is Scottish, took a job in 2008 to attend what she describes as some sort of "oil drilling conference" in Shandong province for 300 yuan ($44). Several busloads of foreigners, with nationalities ranging from Pakistani to Nigerian, were trucked to the event, she said. They were greeted by brass bands and feted with a sumptuous dinner.

"I was like, 'Yeah, we have a lot of oil in Scotland.' I didn't know what to say. It was a bit nerve-racking. We were guests of honor of the vice mayor. We were put in a nice hotel. It was quite fancy."

For Mohieddeen, who had just arrived in Beijing at the time, the experience, albeit bizarre, was an introduction to a side of China most foreigners will never see.

"It is part of what China is all about, you know," Mohieddeen said. "There is quite an elaborate fantasy world going on here where if everyone buys into it, it does not matter if it is the truth. Those kinds of experiences give me a fuller understanding of the way the culture works."