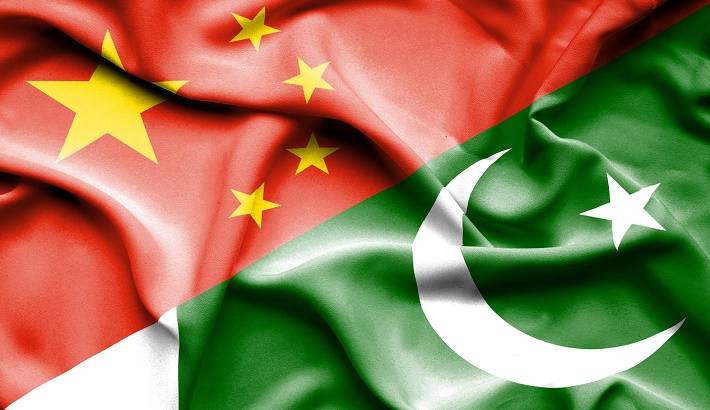 Bankrupt Pakistan's debt problems seem to be escalating as it is all weather-ally China has declined to restructure USD 3 billion in liabilities.

The debt load, owed largely for the building of independent power producers (IPPs) on take-or-pay power generation contracts, is substantially more than the USD 19 billion in total invested in the plants, Asia Times reported citing reports and industry analysts.

Media reports suggest that China has refused to budge on Islamabad's request to renegotiate the power purchase agreements, saying that any debt relief would require Chinese banks to amend the terms and conditions under which the credits were extended.

The banks, including China Development Bank and the Export-Import Bank of China, were not prepared to revise any of the clauses of the agreement reached earlier with the government, Beijing said in response to the request to renegotiate terms.

Pakistan Tehrik-e-Insaf (PTI) Senator and industrialist Nauman Wazir told Asia Times, "First, the tariff determined by National Electric Power Regulatory Authority (NEPRA) at the time of allowing power generation in the private sector was on the very high side.""Then, the IPPs submitted erroneous declarations concerning capital, financial assets and operational cost of the company, which became obvious when the balance sheets of the IPPs were made public," he claimed citing evidence that came to light when an inquiry committee on Pakistan's power sector revealed its findings last year.

Pakistan has already entered a sovereign debt "danger zone" with total liabilities and debts of USD 294 billion representing 109 per cent as a percentage of GDP as of 30 December 2020.

The Pakistan government reportedly owes about USD 158.9 billion to domestic creditors, of which public sector enterprises owe about USD 15.1 billion. According to The News International, the foreign commercial loans of USD 3.11 billion and USD 1 billion from Chinese deposits helped the government to achieve the net transfer of dollar inflows in the current fiscal year.

With the combination of foreign commercial loans and safe deposits, Pakistan received over USD 4.1 billion that was over 50 per cent out of the total received foreign dollar inflows from creditors.

The news outlet reported that according to official data of the Economic Affairs Division (EAD), during July-February of the fiscal year 2020-21, the Imran Khan government has received USD 7.208 billion total external inflows from multiple financing sources, which are 59 per cent of annual budget estimates of USD 12.233 billion for the entire fiscal year 2020-21.

The News International further reported; disbursement from multilateral and bilateral development partners also maintained a strong trend and is USD 3.098 billion during the period under review against the budgetary allocation of USD 5.811 billion for the fiscal year 2020-21 on concessional terms with longer maturity. These healthy inflows also helped to improve foreign exchange reserves and exchange rate stability.

The Pakistan outlet claims in its official report that increased level of external inflows from multilateral and bilateral development partners is indicative of their confidence in development priorities and policies of the government, including implementation of reforms in the priority areas of fiscal and debt management, energy sector and ease of doing business.