IT’S YOUR TIME TO BE THE TORCHBEARER NOW

Why should POLITICS unnerve youth of J&K? 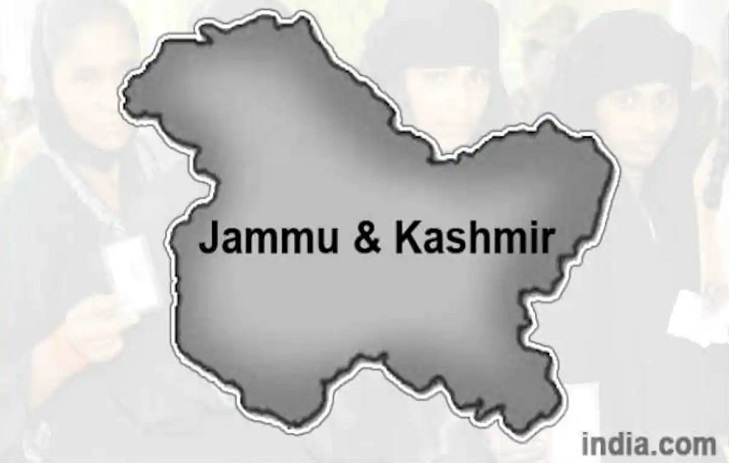 The political history of Jammu and Kashmir has had a tedious background as well as foreground with the ruling power being passed through generations and eventually juggled between kings, Ameers and maharajas. The starting of this political road began with Maharaja Gulab Singh of the Dogra Dynasty who became the first Maharaja of the largest princely state of Jammu and Kashmir under the British raj dating back to 1921 and continued his reign until 1947. With the first general elections held in 1957, the political responsibilities and privileges were shared and enjoyed by some elected and some selected candidates.

Every child who grows up in the valley is surrounded by turmoil and a volley of conflicting views regarding every single aspect of life and politics being the most noxious of them all and therefore tops the list. Such scenario often leads one to a sense of fear experienced by the young and old alike. Now that’s the turning point- the youth may choose to change the fear into resistance against the system and become inclined towards violence which often leads to joining militant ranks and to an encounter with the military forces. The other way is that youth may choose to change the situation in a positive way so that their future generation has a more peaceful, purposeful and meaningful surrounding.

The incredible strength of the youth to look forward and make a choice- a well informed choice- will lay out the future prospects and for not just themselves but the entire region. It’s thus imperative that we all come forward and take measures to encourage the young minds to choose peace, knowledge, harmony and invest their creative minds in serving humanity.

The task isn’t either simple or easy but it is one that would change the dynamics of this place and ensure peace and prosperity in the long run. This can be accomplished by various ways and means beginning from imparting and creating better education system, widening the horizons of the experiences of the youth as well as motivating them to attain position of power. A position where they find themselves capable of changing the rules and creating new scenarios that benefit their land, is to be achieved and cannot come down as a divine panacea. This might sound like a long road and rather tough to achieve, but as quoted by Sir Articus Aristotle-Success is easy to achieve, once you set your mind to it.

At present, Jammu and Kashmir has a total of two central and 9 UT universities catering to the education of the masses, as compared to the national presence of 875 universities in India. Such a small number of good educational institutions sometimes lead to discrimination when it comes to the opportunities available to the emerging generation on way to realize their full potential and hence realizing their true worth. On the other hand, be it the setting up of industrial units, medical infrastructure or educational institutions – all of these basic amenities required for the growth of the population of a region are far from being at par with national average and standards. Thus to aspire to change these, involvement of youth into the political functioning of the region is a must. Not only will the current governing bodies get a fresh perspective and chance to enhance, innovate and learn new technologies and ideologies but it will also, simultaneously, increase the employment in the region, uplifting the quality of life.

I agree that the youth has, till now, faced alienation in some form or the other which has dwindled their faith in the system but the solution is simple- if you want to change the system, you should aim to become the system. However, there is still a lot of prevalent reluctance in the youth towards joining politics in the region which can be attributed to various factors including fears and doubts in their head – subjective or objective. As when youth leaders do show interest in actively participating, they quickly discover that the political system has significant barriers to access. Simply put, the political space is challenging to enter and confusing to navigate for young leaders who choose to make their mark.

But how long this will continue- not anymore, I would humbly suggest. It’s definitely time for the youth to spread their wings and fly free. As Dr. A.P.J. Abdul Kalam, the much celebrated scientist and also the former president of India, rightly said, “All Birds find shelter during rain. But Eagle avoids rain by flying above the Clouds.” Problems are common, but attitude makes the difference. It’s up to the youth of Jammu and Kashmir to decide their course further and to pursue their dreams and build a land they love. The need of the hour is also for the elected and selected candidates to remember their primary duties towards the citizens of their representative regions, stop the blame game and internal conflicts, keep their responsibilities as the main stake and move forward towards creating a transparent, meaningful and constructive governance system in the region.

The youth on the other hand need to realize that the government cannot charter these paths alone, it needs your peoples support–so it’s your duty as well as theirs to come together in a harmonious way to enhance the quality of life in the region. Remember that it is the youth that has the power to mould future of a place.

In Kashmir today, there are thousands of young volunteers who are actively involved with social and community causes and are working for the same. These budding volunteers have, time and again, demonstrated a deep commitment towards serving the people. Yet out of these thousands, only a fraction currently run for or hold the political office to serve the UT, represent their generation, put forward their generational needs and contemporary political reforms. These young leaders have spent several years toiling at the grass root level or the frontlines, while at the same time showing exemplary dedication towards supporting the community by bringing forth changes. They also have had an active understanding of how the governmental policies are implemented and enforced from being a mere document to actually being put in force at the community level. They have learnt to work together with people from different backgrounds, lead diverse teams, and solve tough problems. We just need to back them on what it means to lead with courage, integrity, and empathy – and how to put UT and people first.

Thus, a new ‘Political Revolution’ needs to be instilled to overcome these differences and challenges by recruiting more young leaders to enter the political system across the UT, and then support them to succeed in the political arena.

We need young leaders to answer the call, now more than ever. We need to identify and acknowledge these people who have proven through their meticulous work that they’re willing to step up and serve when times get tough. Now is the time to believe in our young leaders and instill faith in them to be our best problem solvers and change makers. Hence it’s time, that we as a community let go off our expectations from our old political dispensation and move towards forming a new system by encouraging these young leaders to serve the nation through politics with an aim to transform our governance system and therein our UT.

With all the beauty that lies in the external environment, it is time that each citizen of Jammu and Kashmir harbours the beauty instilled within themselves to actually make their place the heaven on earth that it actually is.

The only question is- are you ready to answer the call?

The writer is a dentist and works on social issues concerning youth mainly. [email protected]