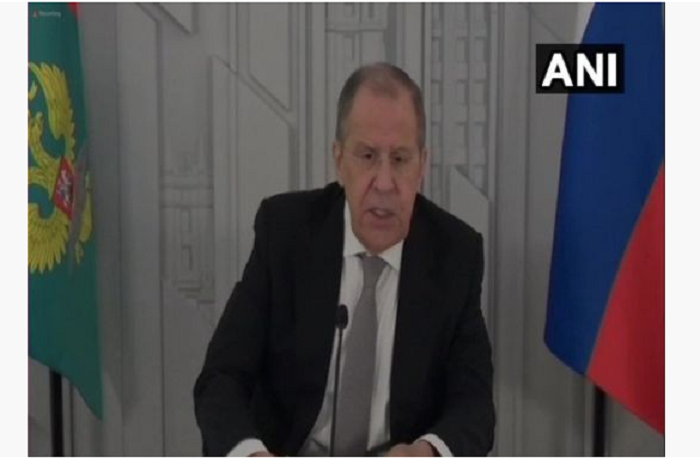 Continuing its support to India to fight the COVID-19 surge, Russian Foreign Minister Sergey Lavrov on Tuesday said that another shipment of Sputnik V vaccine has been sent to India as Russia is committed to help Indian friends in these difficult times.

"Today, we have sent another shipment of Sputnik V vaccine to India as a follow up to massive steps we have made to provide assistance to India," replied Lavrov toquery regarding Sputnik V during a press conference after the BRICS meeting.

"Russia is committed to help our Indian friends in fighting this dangerous virus (COVID-19)," he added.
Russia's Sputnik V got approval from the Subject expert committee (SEC) for Emergency Use Authorisation (EUA), making it the third COVID-19 vaccine to get clearance in India.

Earlier, in the day, the biggest import consignment of COVID-19 vaccines in India till date involving 56.6 tonnes of Russian-made Sputnik V vaccines received in Hyderabad.

The vaccine consignment arrived from Russia on a specially chartered freighter RU-9450 which landed in Hyderabad Airport in the early hours of Tuesday.

Sputnik V has been imported to India by Dr Reddy's Laboratories and will be manufactured locally by the pharmaceutical major in the coming months.

Lavrov's remarks come after the BRICS meeting. External Affairs Minister S Jaishankar chaired the standalone meeting through video conferencing. It was convened by India as the current BRICS Chair.