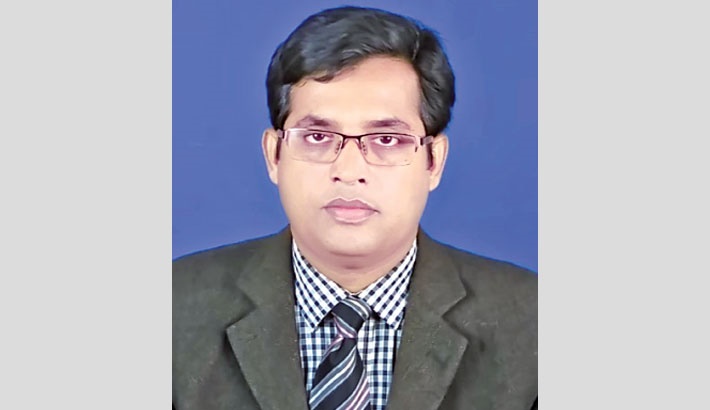 Henry Kissinger, the former US Secretary of State, once described Bangladesh as a bottomless basket. This bottomless basket has become a rapidly expanding economy, exceeding many of its giant neighbours, including India. Over the decade, the whole world has witnessed unprecedented progress in the country's economy under Sheikh Hasina's leadership. Along with economic growth, the country has attained remarkable success in achieving most of the targets of the Millennium Development Goals. In most of the social metrics specified under the MDG, the country has outscored our neighbouring India. The Noble Laureate Amartya Sen has thus commended the achievement of the country in this sector quite often.

Demographic dividends, robust ready-made garment (RMG) exports and stable economic conditions have facilitated growth in the country. The sustained economic growth has helped the country attain the status of lower-middle-income countries, which will graduate into developing countries in 2026. Though it was scheduled to graduate in 2024, the period has been extended for two years owing to the worldwide catastrophe triggered by the Covid-19 pandemic. The most satisfying thing is that the country has received approval from the United Nations Committee for Development Policy (UN CDP) to graduate into a developing country. Even the rate of poverty declined quite sharply in the country before the pandemic. Amid the attainment of different goals, it goes without saying that the country has experienced economic, health and other related challenges due to the Covid-19 pandemic in the last year and half a year. However, despite different challenges, the country's economy has remained quite strong compared to many giant economies struggling to deal with the pandemic.

The question now is how Bangladesh has progressed in the last decade? Obviously, numerous variables have assisted the country to gain economic prosperity, including demographic dividends, RMG exports, and remittances. However, Sheikh Hasina's leadership had played a major part in driving the economy in the right direction. For example, during the 2008-2009 financial year, the whole national budget amounted to TK 99,962 crores, whereas, in 2020-2021, it jumped to TK 5,68,000 crores. Even the government's spending capacity expanded greatly as the total ADP was 1,73,000 crore in 2020-2021, as compared to TK. 25,400 core in 2008-2009.

During the last 12 years, Sheikh Hasina and her Finance Minister demonstrated the bravery to implement such a budget. Once, the country's citizens were sceptical of the government's capacity to implement such a budget. However, this is already a reality in our country. This is undoubtedly the government's significant success and also indicates our economy's strength. Bangladesh has also started demonstrating its economic strength by deciding to extend a US$ 200 million currency swap facility to Sri Lanka to help the country to overcome the severe debt crisis. The government has also dispatched Covid relief to India twice as that country struggles to deal with the second wave of the virus.

The government has successfully attained social indicators and augmented economic growth, including a sharp rise in per-capita income and GDP. It has also demonstrated its strength in implementing different mega projects like the Padma Bridge, Dhaka Metro Rail Project, underwater tunnel at Karnaphuli River, elevated express highway, etc. These are real dream projects of the people of Bangladesh as they could not even think of witnessing such development in the country one decade ago. However, Sheikh Hasina's dedicated leadership has made it a reality in the country. When World Bank decided to withdraw funding from the Padma Bridge project on the grounds of a fake allegation of corruption, the citizens of Bangladesh did not think that the project would be built in the country. However, Sheikh Hasina stood resolute in her decision to build this mega project from her own source of financing. The Padma Bridge has been visible now.

The Father of the Nation Bangabandhu Sheikh Mujibur Rahman dreamt of establishing a "Sonar Bangla" after gaining the country's independence. However, he could not materialise his dream as the traitors brutally killed him on the black night of 15 August 1975, along with most of his family members. Sheikh Hasina and Sheikh Rehana were fortunate to stay alive as they were aboard. After Bangabandhu's killings, the Bangladesh Awami League struggled to stay alive in the Bangladeshi political spectrum due to fractional politics and government-sponsored brutalities. During the worst ever time of the party, Sheikh Hasina returned home on 17 May 1981 to take over the party's leadership role.

Since then, she has strengthened the Bangladesh Awami League and worked relentlessly to achieve his father's unfulfilled dream of establishing a "Sonar Bangla". She is progressing in the right direction to attain her goal. However, her journey was not that easy. She had to confront all kinds of torture and conspiracy. Even state-sponsored several killing attempts were executed against her under different governments. What struck me most is her commitment and firmness in taking decisions. Over times, she has transmuted herself into a matured and farsighted leader like her father. We could see a reflection of Bangabandhu's leadership quality within her. Overcoming all odds, she has remained committed to taking Bangladesh to the next level of development. Therefore, we could manage to strengthen our economy and carry out massive development. We know that we would enter the list of developing countries in 2026. Nevertheless, we aspire to be a citizen of a developed country by 2041 under her leadership.