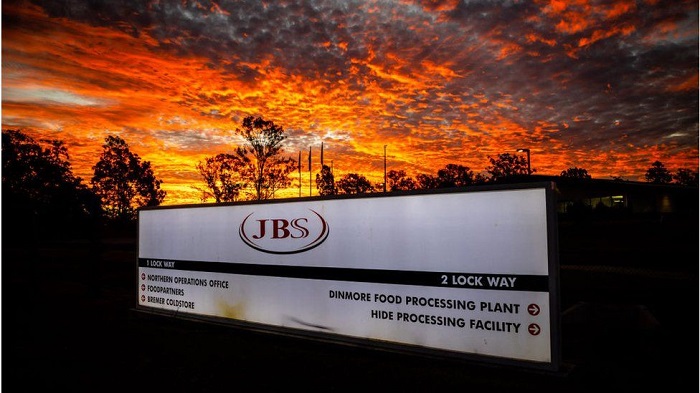 The world's largest meat processing company has been targeted by a sophisticated cyber-attack.

Computer networks at JBS were hacked, temporarily shutting down some operations in Australia, Canada and the US, with thousands of workers affected.

The company believes the ransomware attack originated from a criminal group likely based in Russia, the White House said.

The attack could lead to shortages of meat or raise prices for consumers.

In a ransomware attack, hackers get into a computer network and threaten to cause disruption or delete files unless a ransom is paid.

The White House says the FBI is investigating the attack.

"JBS notified [the White House] that the ransom demand came from a criminal organisation likely based in Russia," White House spokeswoman Karine Jean-Pierre said on Tuesday.

"The White House is engaging directly with the Russian government on this matter and delivering the message that responsible states do not harbour ransomware criminals," she added.

On Wednesday Russia's Deputy Foreign Minister Sergei Ryabkov told local media the Biden administration had been in contact with Moscow to discuss the cyber-attack.