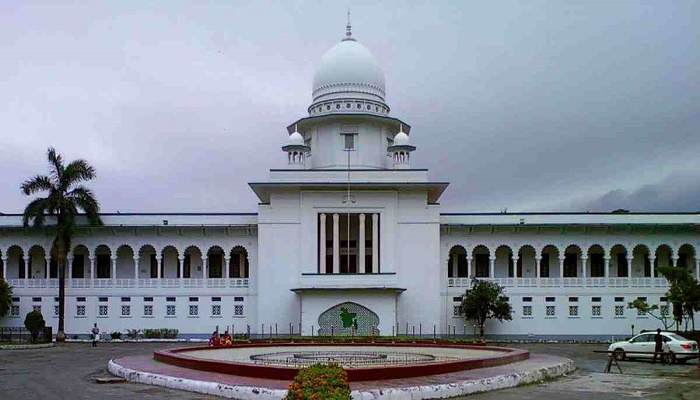 The High Court ordered authorities to suspend college principal and hostel superintendent for their negligence following the sensational incident of gang rape at the Murari Chand (MC) College campus in Sylhet on 25 September last year on Wednesday.

Lawyer Mohammad Misbah Uddin stood for the writ petition in the court while Deputy Attorney General Nowroz Md Rasel Chowdhury was on behalf of the state.

Earlier on Tuesday, the High Court set Tuesday for the verdict in the case of gang-rape of a housewife at MC College in Sylhet.

On September 25 last year, a group of youths raped a woman at a hostel of MC College after forcefully taking the victim and her husband, whom they tied up.

The husband of the victim filed the case on the same night with Shah Poran police station mentioning names of six people and several unnamed others.

Eight persons, including all the six named accused in the case, have been arrested in connection with the incident.

All of the accused were arrested and they gave their confessional statement under section 164 of the Code of Criminal Procedure after they were taken to remand.

The rape incident sparked anti-rape movement across the country.

The government also amended the anti-rape law with the provision of death penalty amid protest.