China is heading into an economic perfect storm 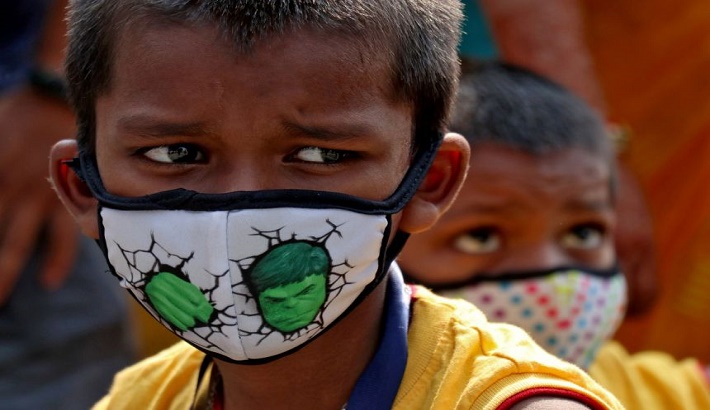 One of the funny things about debt is that, according to some economists, there’s in theory a good reason why, if you’re big or rich enough, you won’t have to pay it back. Certainly, in times of low inflation, low interest rates and high levels of liquidity, entities with lots of assets and desirable businesses can repeatedly refinance.

On a grander scale, wealthy countries such as the United States, China, Japan, Germany and Britain have central banks that can continuously print money to lend to governments which then distribute it to keep their economies going, creating liquidity and ensuring conditions remain perfect for corporate loans to be raised. This perpetual motion machine seems the perfect solution, doesn’t it? Borrow, spend, borrow, spend, repeat ad nauseam and the plates miraculously keep spinning.

Over the last year, more free money and easy loans have been given out than during any other time I can remember – substantially due to economic stimulus measures flooding pandemic-stricken economies with cash, boosting demand for commodities, equities, and revving up speculation.

A thought that has alarmed me recently, though, is that these fiscal measures may now be coming home to roost. From my perch here in Hong Kong, I can observe the effect of this across our northern border, but there’s a good chance mainland China is simply ahead of the curve, and that the perfect storm of debt defaults, rising prices and falling revenues will roll through the region and in time will hit the shores of the US and Europe as well.

According to reports in the financial press, China’s domestic debt has ballooned and can no longer be sustainably refinanced, resulting in an alarming increase in defaults on local loans. So far this year, the rate of domestic corporate defaults is double that during the Chinese stock market crash of 2015.

At the focal point of concern for foreign bond investors, and which is leading to considerable wringing of hands, is distressed debt manager China Huarong Asset Management collateralising the bad debt it has purchased as good debt, backed by its Hong Kong subsidiary.

We have all seen this kind of activity before. Subprime debt was repackaged and leverage was missed, or ignored, by credit rating agencies, dumping us into a financial crisis from which I, for one, argue we never properly recovered. My worry is that we’re seeing the tip of another Lehman-type iceberg.

China’s debt markets are maturing, with tighter regulations, an expectation that risk assessment improves, and perhaps more of a “buyer beware” attitude, with investors increasingly cognisant that the state cannot be expected to rescue everyone. But the sea of debt is getting choppy.

Pressure about to fall

After all of the fuss between China and Australia over commodities earlier in the year, and the Aussies whining about how badly they were treated, there has been something of a boon down under again as the prices of commodities, most raw materials, and basic foodstuffs have risen sharply.

The jump in prices of commodities, exacerbated by speculators, is now filtering through into a multitude of manufacturing components and finished products. This suggests a return of inflation in the near term as the trend is starting to look prolonged, which will certainly be bad for consumption and business globally, and at the same time may contribute to a further increase in loan defaults.

However, I maintain that any pullback on commodity shopping now by China has more to do with tightening the purse strings and spending less hard currency as the Covid-19 crisis impacts economies globally and the ability to earn hard currency diminishes – just as South Korea did after the Asian financial crisis, when it pulled back as reserves needed to recover. This would be supported by recent data on China’s declining foreign currency reserves showing that China is pulling in less hard cash.

Is there enough air in the lifeboat?

The actual mix of China’s foreign reserves is a state secret, so we will not get a clear idea of how many US dollars remain in the coffers. But it is safe to say that its dollar reserves have likely been depleting. US dollars are important, as most commodities are priced and generally paid for in the currency.

Overall, China’s forex reserves in March fell further than economists expected, to US$3.17 trillion. Still, the balance is an enormous amount of money, which peaked at nearly US$4 trillion in 2014, and yes, it ticked up in April to US$3.19 trillion. But the question is: is it now back in a downward trend, having fallen from US$3.21 trillion last December? The value of China’s gold reserves also fell, with no apparent increase in the quantity of bullion held. It makes sense to be frugal for the moment.

A few thoughts on what I think this means

There is likely to be a slowdown in property development and spending on construction in China with its real estate firms having defaulted on 25 per cent of total debt repayments within the sector. This is going to make it more difficult to roll over debt and secure long-term funding. And anyway demographic factors and anti-speculation measures will also hurt the sector in the long term.

As a large importer of ore, concentrates, crude oil and non-ferrous metals, particularly copper, China’s demand for some of these raw materials may already have peaked. And as the government clamps down on speculation even as property development hits a speed bump, prices of hot commodities are likely to reverse soon. Easy credit has also been a driver of commodity prices, so if the peak in easy credit has been reached, then we should expect prices to correct soon – copper premiums are already starting to fade as demand at these higher prices wanes.

In the near term, I think it unlikely China will re-engage Australia on trade and go back to where they were. And it strikes me that China won’t have to, as it is obtaining alternative supplies from countries where it has been and is continuing to build relationships, such as many African nations.

Undeniably, Beijing’s economic influence on Hong Kong will grow, and China will not want to see Hong Kong’s piggy bank depleted. Covid-19 has hit Hong Kong’s fiscal reserves this past year but these remain healthy at about US$120 billion. There is also a very large pot of US dollars in our own forex reserves, last reported in March at US$495.9 billion by the Hong Kong Monetary Authority, that pegs the Hong Kong dollar in place. The reserves here seem to relentlessly climb as money is attracted in from abroad, there is no bond market to speak of, and no use for most imported commodities. However, I think there is a risk the HKMA may consider a change to an opaque mixed basket of currencies, like Singapore – too many eggs now in one basket.

For that reason, I expect there to be growing pressure, and with it more opportunities, for Hong Kong to look towards the Greater Bay Area, with a view to speed up integration by moving businesses and housing that way to harvest Hong Kong’s money and invest it there rather than, for example, concreting my backyard in Lantau. At least, that is my hope, because if China needs to ride through one hell of a storm and needs to keep the Greater Bay Area moving ahead at the pace expected domestically and internationally, I would guess the branch offices will be expected to man the pumps.

Source: THIS WEEK IN ASIA