Most of Pumping Machines Dysfunctional 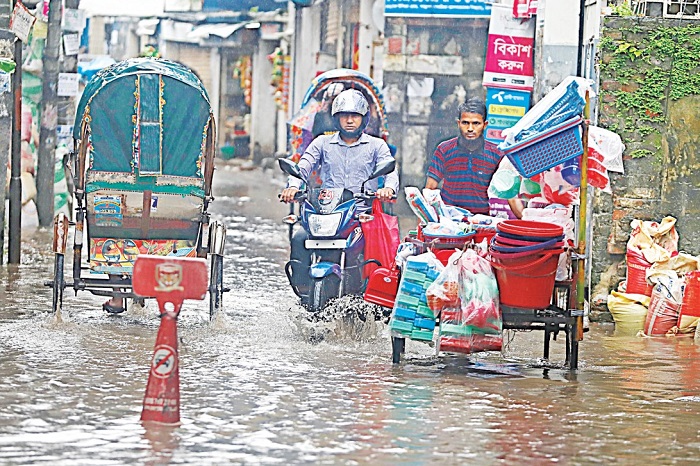 Most of the machines used to pump out rainwater from different parts of the capital remained dysfunctional for long, evoking fear that the city dwellers might experience waterlogging during the monsoon this time.

Sources say out of 21 machines in five pumping stations in two city corporations, 13 remained out of order for long for to lack of maintenance.

“As all the pumping machines in five stations were active in the last monsoon, the capital experienced less waterlogging. But, at present many pumps are out of order. If the machines can’t be operated fully, there may be a worst kind of waterlogging during the rainy season,” said an official of Dhaka Water Supply and Sewerage Authority (WASA), wishing anonymity.

“Most of the pumps became dysfunctional from August to October last year,” he said, claiming that the machines went out of order for lack of proper maintenance.

Assistant Engineer (Mechanical) of DNCC Ariful Hasan said out of 10 pumping machines at Rampura and Kalyanpur stations, six are functioning while the rest four are now out of order.

He also said, “Each of the five machines at Rampura station has the capacity to pump out 5 cubic metres water per second. But we found that two pumps are not working while the rest three are running at half of their capacity.”

Ariful said three pumping machines of Kalyanpur station with the capacity to pump out 5 cubic metres water per second are working and the rest two have problem in electrical lines.

“All the functional machines can’t be operated at a time for pumping out rainwater. Generally, machines are operated for 6-8 hours in rotation. That’s why we use one or two machines out of five at a time,” he added.

The DNCC assistant engineer added that four machines have been damaged irreparably for negligence of the authorities concerned.

He also alleged that the WASA authorities have handed over only the pumping machines but have not handed over trained manpower and necessary documents like operation and maintenance manuals and the mechanical and electrical drawings of the pumping stations.

Ariful pointed out that if the pumping machines are operated without proper knowledge and trained manpower, it will cause further damage to those.

Talking to the Daily Sun, Chief Waste Management Officer of DSCC Bardul Amin said, “Out of three pumping machines at Kamalapur new station, one is now functional following repairs while in Dholaikhal station, one of three machines is out of order.”

He said, “WASA authorities used to operate it with the help of a generator and a mobile transformer. They’ve taken away their equipment. Now, we’re setting up an electrical substation which will take 4-5 months to complete.”

Water Resource Management and Climate Change expert Dr Ainun Nishat said as most of the habitable places of the capital are in low-lying areas while rivers and canals are in high land, the rainwater pumping is very important.

“During the rainy season, the water level of four rivers around the capital rise and for that there has no alternative but to pump out the rainwater to rivers and canals from low-lying areas. If it rains 100mm, we can understand the importance of the storm pumping machines of the capital,” he said.

Dr Nishat urged the authorities concerned to resolve the problem after consultations with experts to save the capital.