Over one crore vaccine doses administered in country 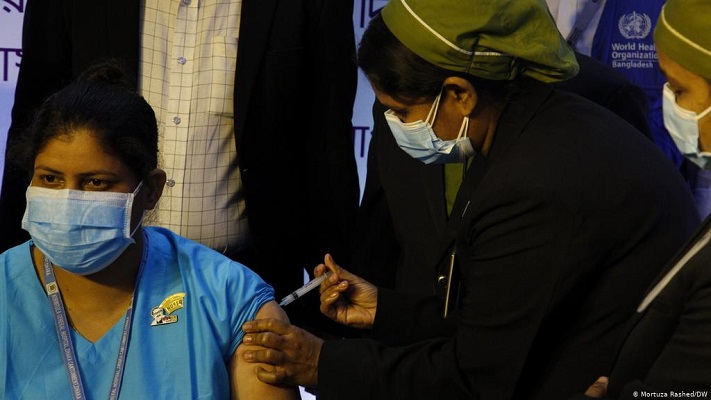 Over one crore doses of Oxford-AstraZeneca vaccine have been administered in the country while the government is going to inoculate more people as part of its fight against the Covid-19 pandemic.

According to Directorate General of Health Services (DGHS), it has given first dose and second dose of the Oxford-AstraZeneca vaccine to 1,00,06,258 people of the country till Tuesday.

It said 2,93,742 doses of Oxford-AstraZeneca vaccine are now in the stock of the government to run the second dose of the vaccination.

On May 6, the registration process of the vaccination programme was stopped due to the vaccine crisis. A total of 72,48,829 people registered for the coronavirus vaccine until 5:30pm on May 5.

The registration process started on January 27 after the formal inauguration of the National Vaccination Programme by Prime Minister Sheikh Hasina.

Health and family welfare minister Zahid Maleque on Monday said the vaccine registration will resume after arrival of Sinopharm vaccine from China to be purchased by the government.

Administering the first dose of the Covishield vaccine was stopped on April 26 due to vaccine shortage.

The DGHS data said 58,20,015 people have taken the first dose of the vaccine until June 1.

According to the DGHS, it has already given 10,00,6258 vaccine doses (first and second) while 2,93,742 vaccine shots are now in stock to administer the second dose.

The nationwide inoculation began on February 7.