Hong Kong media tycoon Jimmy to be imprisoned with 9 others 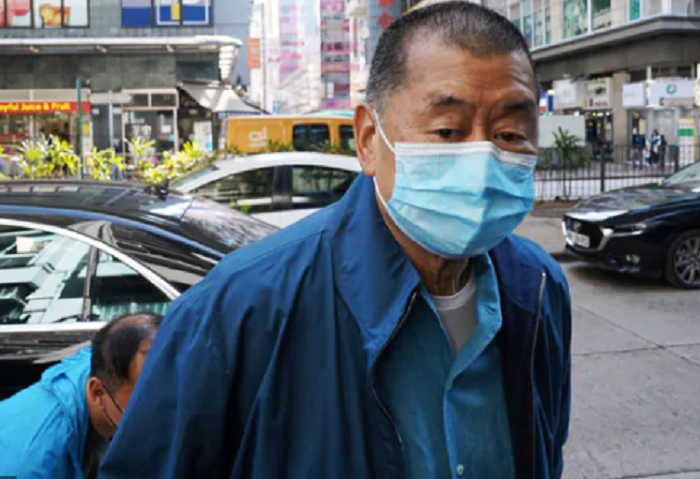 Hong Kong: Hong Kong pro-democracy leaders were sentenced to jail over violation of National Security Law even after China’s crackdown.

Media tycoon Jimmy Lai who pleaded guilty to one crime of organising unapproved assembly, was sentenced to 14 months in prison. Nine others are sentenced between 14-36 months in prison by Hong Kong District Court on Friday, reported Dimsum Daily.

Together with other prison terms served concurrently, Jimmy Lai will serve a total of 20 months in prison and there are still multiple charges pending against him; he may be looking at longer prison terms, reported Dimsum Daily.

Yeung Sum and Cyd Ho who pleaded guilty to one crime of organising unauthorised assembly, were sentenced to 14 months respectively, reported Dimsum Daily.

Sin Chung-kai who pleaded guilty to one crime of organising unauthorised assembly, was sentenced to 14 months in prison with suspended sentence for 24 months.

Earlier, Jimmy Lai was convicted of organising and participating in unapproved assembly for illegal demonstrations on August 18th and August 31st pro-democracy protest in 2019 and was imprisoned with nine other people last Monday.

They had pleaded guilty to organising an unapproved assembly, involving an illegal demonstration on October 1, 2019.

Subversion was made a criminally punishable offence in Hong Kong last year under the Beijing-drafted national security law.

According to Beijing, the legislation criminalises activities related to terrorism, separatism, subversion of state power and collusion with foreign forces, while local pro-democracy activists and certain Western nations claim that the law undermines Hong Kong’s civil liberties and democratic freedoms.

Beijing was perturbed by violent anti-government protests in 2019 and has imposed the National Security Law to take action against those who protested against the government.