Class 12 board exams of India cancelled, Modi says safety of students most important 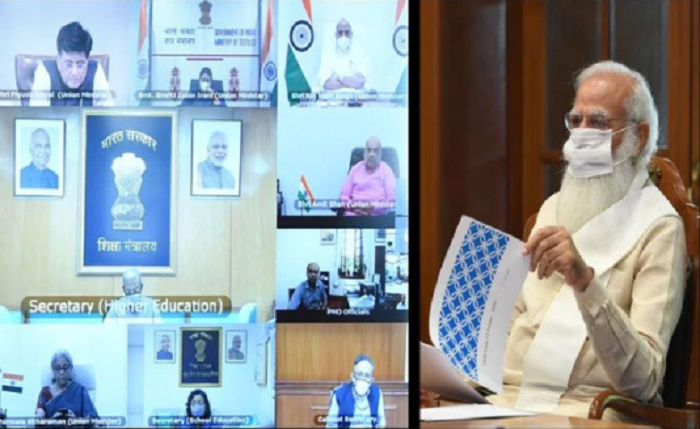 There will be no Class 12 board exams this year, Prime Minister Narendra Modi said today, ending weeks of anxiety among students and parents over the Covid situation in the country. The decision was taken because of “uncertain conditions” due to COVID-19 and based on feedback from different stakeholders, said his office. Get latest updates about 12th board exams through SMS/E-mail. Click here to Subscribe.

“Students should not be forced to appear for exams in such a stressful situation,” a statement from the Prime Minister’s Office (PMO) said.

“The health and safety of our students is of utmost importance and there will be no compromise on this aspect," said the statement, quoting PM Modi.

Both CBSE and ICSE Class 12 exams have been cancelled.

“Government of India has decided to cancel the Class XII CBSE Board Exams. After extensive consultations, we have taken a decision that is student-friendly, one that safeguards the health as well as future of our youth,” PM Modi tweeted.
The CBSE will now take steps to compile the results of Class 12 students according to “well-defined objective criteria in a time-bound manner”, the PMO release said.Like last year, studentswho still want to take the exams will be given a chance when the situation improves, said the government.

The decision was announced shortly after PM Modi’s meeting with key ministers and officials from various related ministries and stakeholders.

“COVID-19 has affected the academic calendar and the subject of board exams was causing immense anxiety among students, parents and teachers, which had to be put to an end,” said the PMO statement.

The decision comes two days ahead of a Supreme Court hearing in which the Centre is expected to file its reply on a petition seeking exactly this. The court had posted the hearing to June 3 after the Centre requested time.

At a meeting on May 23, the CBSE had recommended that the exams be held between July 15 and August 26. It also suggested two options: regular exams in 19 major subjects at notified centres and shorter-duration exams at schools where the students are enrolled.

A majority of states had favoured holding the exam, Union Education Minister Ramesh Pokhriyal had said after that meeting. Mr Pokhriyal was today admitted to AIIMS hospital in Delhi with post-Covid complications.