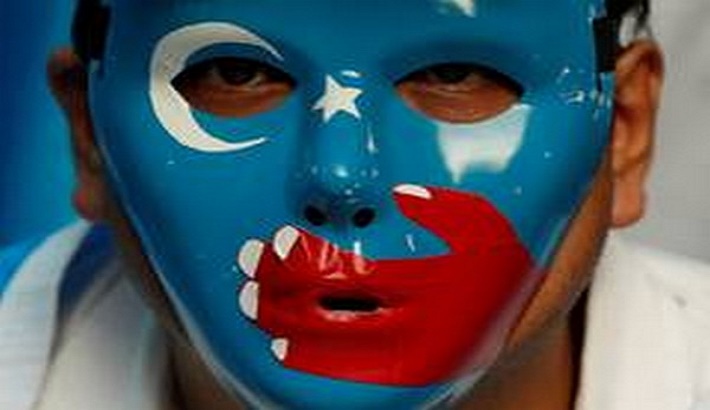 Hushtar worked in a restaurant for a while and then worked as a teacher at a driving school in Aksu. In 2017, he was arrested and sent to one of the internment camps, where he spent two years for “inciting terrorism”. Since then, WUC President, Dolkun Isa has not heard of any news about his whereabouts, nor received any information about his well-being.

“I am truly heartbroken to hear this news. My brother is an innocent man. He was punished because of my activism and work as a human rights activist,” said Dolkun.

“This is the third consecutive year that I have received such heartbreaking news, first learning that my mother died in a camp in 2019, and in 2020, I learned about my father’s death in a propaganda paper. And now in 2021, I learned about my brother’s life-sentence. The Chinese government is using hostage diplomacy in an attempt to silence me and Uyghurs abroad.”

According to the release, the Chinese government continues to use retaliatory actions to silence Uyghurs abroad who are vocal about the human rights abuses taking place in East Turkistan, and who are advocating for their missing or detained relatives.

The formal judicial system in East Turkistan has sentenced over 250,000 individuals since the escalation of the “Strike Hard Campaign” in 2016, with an imprisonment rate that has almost increased five-fold between 2016 and 2018, which is over five times higher than other regions in China. Uyghurs and Kazakhs are often imprisoned for vague offences of “inciting terrorism” or “inciting ethnic hatred”.

In December 2020, the family of Dr. Gulshan Abbas, sister of Campaign For Uyghurs (CFU) Executive Director, Rushan Abbas, received news that Dr. Abbas had been sentenced to 20 years in prison by the Chinese regime on false charges of terrorist activities.

Similarly, Ahmetjan Juma, the brother of the Deputy Director of RFA’s Uyghur Service, was sentenced to 14 years in prison for “religious extremism”. Both Dr. Abbas and Juma are highly respected in the Uyghur community, to which they have contributed greatly, the WUC release said.