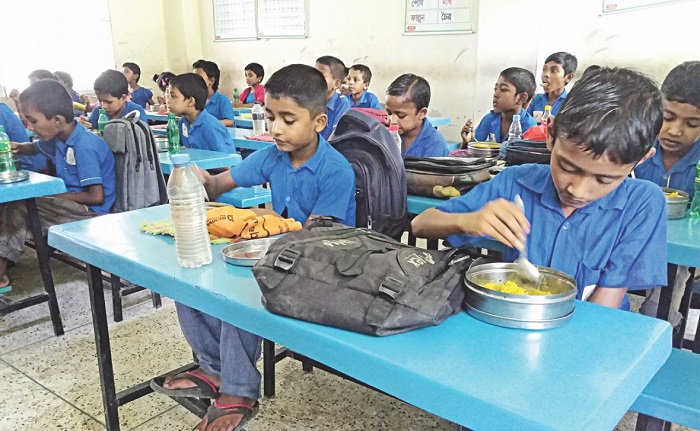 The Executive Committee of National Economic Council (ECNEC) on Tuesday turned down a Tk 17,290.23-crore project designed to provide ‘Khichuri’ or other food items as midday meals to primary school students.

“The project has not been approved as the Prime Minister is concerned about its structure (modus operandi). She said cooking Khichuri in schools might hamper the study of students,” said Planning Minister MA Mannan.

The minister was briefing reporters after an Ecnec meeting held at the NEC conference room in the city.

Of the cost, he said, some Tk 250 crore will come as loan from foreign sources.

Among the nine projects, six are fresh and three others revised ones.

He said the Prime Minister supports the midday meal system for students, but she asked for further study for designing such projects.

The Directorate of Primary Education under the Primary and Mass Education Ministry formulated the midday meal project in order to ensure nutrition and sound health of the students.