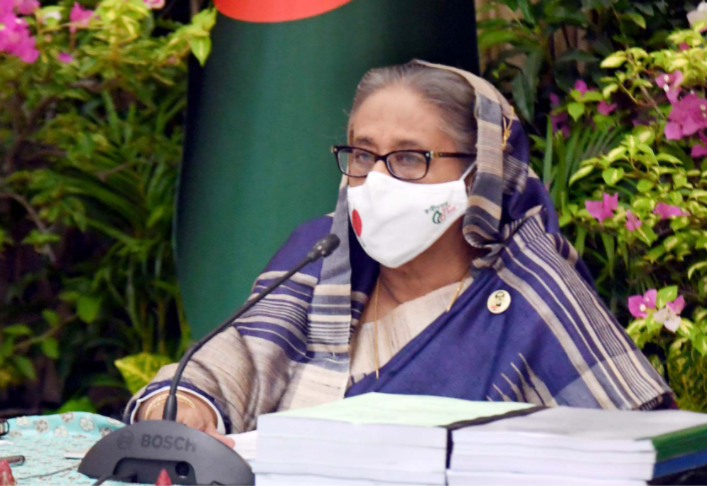 The approval came from a meeting of the ECNEC held on Tuesday with its Chairperson and Prime Minister Sheikh Hasina in the chair. The Premier joined the meeting virtually from her official Ganabhaban residence while ministers, state ministers, planning commission members and secretaries concerned attended the meeting from the NEC Conference Room in the city’s Sher-e-Bangla Nagar area.

He informed that Bangladesh Water Development Board under the Ministry of Water Resources will implement the Riverbank protection of Meghna at Borokheri and Ludhuabazar under Ramgoti and Kamalnagar upazilas and Kaderpanditer Hut under Laxmipur district with Taka 3,089.97 crore by June 2025 with entire government fund.

Once the project is implemented, it would be possible to protect the farm lands, markets, hut-bazars, schools, colleges, madrashas, Roads and various public and private establishments and infrastructures worth Taka 13,99,220 crore from river erosion under Ramgati and Kamalnagar upazilas and thus protect crops of some 30,000 hectares of land from tidal surge.