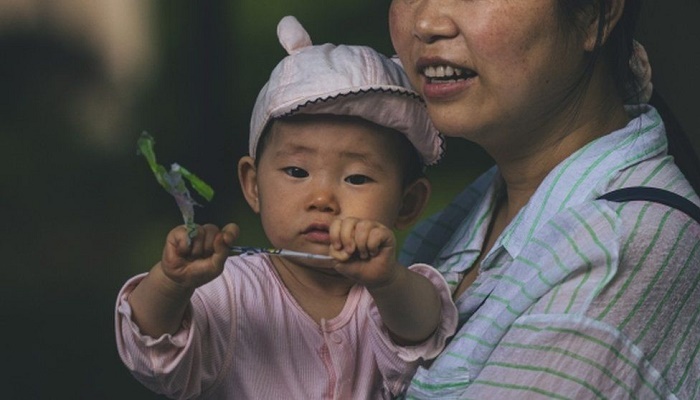 China's decision to allow couples to have up to three children continued to dominate discussion online as people debated if it had come too late.

The announcement came as census data showed a steep decline in birth rates.

Many - mostly millennials - wondered how the announcement sat with plans to delay retirement ages in the country which were also announced on Monday.

Others called for compensation for the trauma their families suffered for wanting more children in the past.

Under China's strict one-child policy which was introduced in 1979, families caught flouting the rules faced fines, loss of employment and sometimes forced abortions.

Campaigners say it also led to issues like female infanticide, and the under-reporting of female births.

A number of descriptions of what it was like for families during that time have now emerged online in response to the new policy.

'Everyone has become data'

One person on China's microblogging service Weibo claimed his mother was forced to get an IUD after giving birth to him as he was a second child, adding that to this day she still gets infections from it.

"The policy is just a cold notice - it doesn't look at the kind of distress it has caused people. Everyone has become reduced to data, rather than people who deserve to be respected and seen," he wrote on Weibo under the pseudonym Chillsyrup.

Many also recalled the story of Feng Jiamei who was made to undergo a forced abortion in the seventh month of her pregnancy as she could not pay the fine for having a second child.

Another person known as Jia Shuai wrote that as an illegal child growing up in the countryside, he remembered having to jump into ponds to hide from family planning officials.

"If you could not pay the fines, some officials would clear your house and take your animals away. What a bizarre memory," he wrote.

Yet another user claimed her younger sister was still alive only because a compassionate doctor had let their mother escape from the hospital, after she was called in to have an abortion while eight months pregnant.

Meanwhile celebrated filmmaker Zhang Yimou and his wife - who were fined a hefty $1.2m (£842,850) in 2014 for violating the country's one-child policy - also commented on the new announcement.

"Finished the task ahead of time," the couple wrote on Weibo, along with the flexing arm emoji.

Human rights organisation Amnesty International said the policy, like its predecessors, was still a violation of sexual and reproductive rights.

"Governments have no business regulating how many children people have. Rather than 'optimising' its birth policy, China should instead respect people's life choices and end any invasive and punitive controls over people's family planning decisions," said the group's China team head, Joshua Rosenzweig.

But much of the criticism on the new policy came from Chinese millennials, who complained they were the "awkward" generation caught in the middle.

"For those born after the 1980s and 1990s - we can't catch a break. The government is pressuring us to have more babies, but at the same time, they want us to keep working for longer. What kind of life is this?" one person asked.

For more than four decades, China's retirement age has remained unchanged at 60 for men and 55 for women. But on Monday China said it would phase in delays in retirement ages, though it did not provide details.

"I don't even want one child, let alone three," another commented.

Until more details are announced, many on social media are sceptical that the policy change will actually do much to boost birth rates.

When China scrapped its decades-old one-child policy in 2016 to replace it with a two-child limit, it failed to lead to a sustained upsurge in births.

"If relaxing the birth policy was effective, the current two-child policy should have proven to be effective too," Hao Zhou, a senior economist at Commerzbank, told the Reuters news agency on Monday.