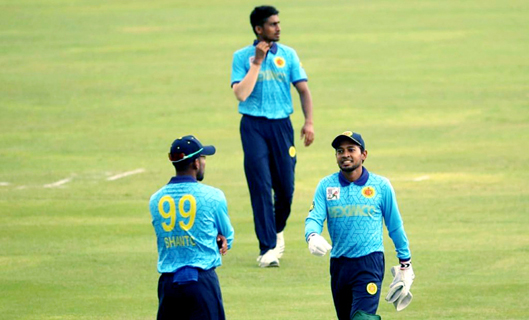 Ali Hossain, the secretary member of the Cricket Committee of Dhaka Metropolis (CCDM), said that the second round of the games was scheduled for Tuesday. But heavy morning showers in the capital led to the postponement of the same.

"The matches will now take place on June 3, which was originally set for the third round of games. From now on, every round will be delayed," he said.

This year’s Dhaka League started on May 31. A total of six matches took place on the opening day. Two of those ended up with no result due to rains.

A total of 12 clubs are contending in this year’s league. Due to the Covid-19 outbreak, the league was cancelled last year.

To ensure the safety of the players and officials, the board decided to accommodate them in the bio-secure bubble facilities at four different hotels in the capital.