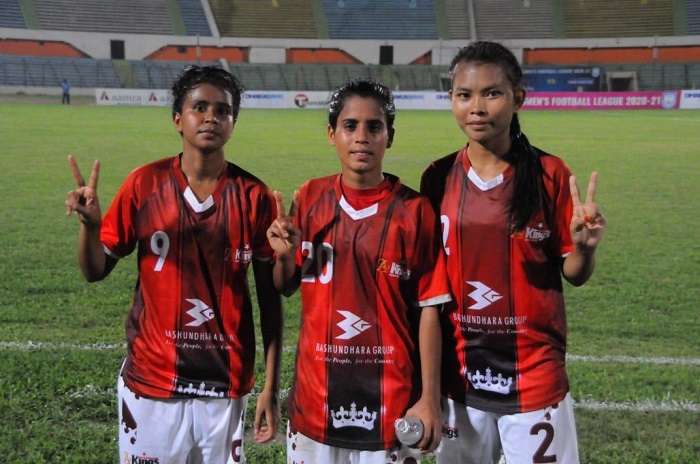 Tohura Khatun and Sabina Khatun netted twice each in the 74th, injury time (90+ 2) minutes and 88th, 90 minutes respectively while Krisna Rani Sarker and Ritu Porna added one each in the 48th and 72nd minutes.

With the day’s feat, Kings consolidated the points table with 15 points from five matches while Cumilla remained with their previous 7 points with 2 wins, one draw and two defeats.

In the day’s other matches, runners-up Nasrin SA played a 2-2 draw with FC Brahmanbaria at the same venue.

Mst Shopna Akter and Kursia Jannat scored for Nasrin in the 49th and 54th minutes while Munmun Akter and Munni Akter equalized for Brahmanbaria in the 75th and injury time (90+8) minutes.