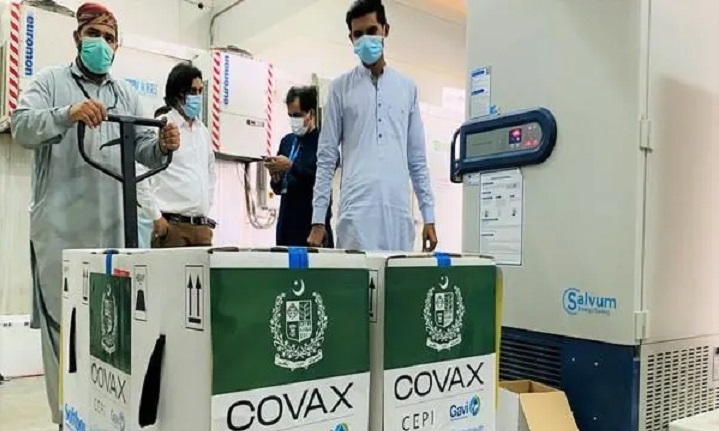 The Drug Regulatory Authority of Pakistan (Drap) is rushing to register the Pfizer COVID-19 vaccine, after a shipment with 100,000 doses of the vaccine arrived in the country, under the COVAX initiative, without any clearance.

The arrival of the vaccine has caught Pakistani government officials unawares, with health experts questioning its legality due to the absence of compulsory clearance and registration, Dawn reported.

Following the sudden arrival of Pfizer shots, the drug regulatory body in the country has called a meeting of its registration board on June 1 to register the Pfizer vaccine. Reportedly, a senior official of the country's health ministry claimed that approval to import the vaccine had been obtained from the regulatory authority on April 27.

On Friday, over 100,000 Pfizer vaccines reached Pakistan. When one of the senior federal ministers was informed about Pfizer doses reaching Pakistan, he said he was not aware of it.

"Over 100,000 doses of @pfizer COVID19 vaccine via COVAX have arrived in Pakistan. Shipments of @pfizer diluents and syringes will be arriving over the next two days. The vaccines will be used for @GovtofPakistan's ongoing COVID19 vaccination campaign," the UNICEF said in a tweet.

According to Dawn, some Pakistani officials said that the arrival of the Pfizer vaccine was "illegal" as the country's regulatory authority had not issued a clearance certificate or registered the vaccine.

So far, only five vaccines have been registered in the country. These include Sinopharm, Sinovac, Cansino, AstraZeneca and Sputnik-V.

As per rules, no medicine or vaccine could be imported in Pakistan without it being registered by the regulatory authority or issuance of a clearance certificate, said an official of Drap, who wished not to be named.