The world's most expensive painting is stirring up a scandal 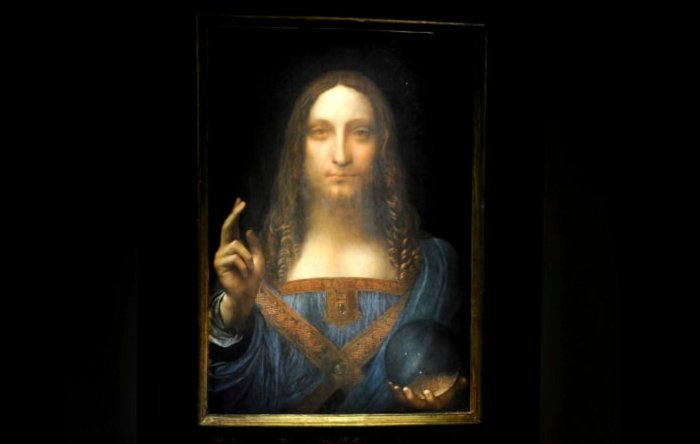 It is the biggest legal fight the art world has ever witnessed: a Russian oligarch, who claims he was ripped off buying multi-million-dollar masterpieces, versus a Swiss art dealer who says it was just business.
Now, after six years of lawsuits in multiple jurisdictions, the tables appear to be turning once more in a saga so dramatic it's been given a name worthy of a movie script: "The Bouvier Affair."

Russian fertilizer tycoon Dmitry Rybolovlev has pursued Swiss art dealer and freeport storage magnate Yves Bouvier around the world for years in various courts, claiming to have been swindled out of $1 billion on 38 exorbitantly priced artworks sold to him by Bouvier over the course of a decade.

But in a new twist, Bouvier has told CNN he is preparing his own billion-dollar damage counter suit against Rybolovlev, after taking legal action in Singapore in February, alleging a long-running court battle with Rybolovlev has ruined his businesses and reputation.

The man on the phone: What's it like making history's highest auction bid?
The cases so far have kept an army of lawyers and reputation managers employed on either side, as one allegation against another is levied by each party, including claims of intimidation and political intrigue.
Fittingly, the tortuous imbroglio also involves some of the most priceless and controversial pieces of art, including the 2013 purchase of what is now the world's most expensive and enigmatic painting: the "Salvator Mundi," thought by some to be the work of Leonardo da Vinci despite years of debate over its authenticity -- a work on which Bouvier made a markup of more than 50%.

Long believed by others to be a copy or the work of Leonardo's studio, the "Salvator Mundi" was purchased in 2005 by a consortium of speculative art dealers for under $10,000. Eight years later, after the painting had been restored and declared the work of the Renaissance master, Bouvier bought it for $80 million after enlisting the help of a poker player to beat down the price.

The dealer swiftly sold it on for $127.5 million to his then-client, Rybolovlev, via the pair's offshore vehicles, according to an invoice referred to in court papers, and taking a 1% commission. And while the oligarch later auctioned off the painting for an astonishing $450 million in 2017, to a secret buyer now widely believed to be Saudi Arabia's Crown Prince Mohammed bin Salman, he nonetheless alleges that Bouvier defrauded him -- a claim Bouvier denies.

Rybolovlev declined to be interviewed for this story, but a spokesperson for Dmitry Rybolovlev's family entities told CNN: "These matters are being fought in the courts where we expect to prove what happened and that Bouvier's fanciful story is false. For now, what is most notable is what Bouvier does not dispute: as an art adviser, he pretended to help his clients assemble an art collection at a cost of $2 billion while secretly reaping half of that price for himself."

Yet Bouvier does dispute he was ever an "art adviser," a matter that has at been at the heart of the litigation and allegations by Rybolovlev of breach of trust.

"I am an art dealer," he told CNN. "The contracts prepared by Rybolovlev's lawyers and all my invoices explicitly described me as 'the seller.'

"Rybolovlev has never managed to convince a single judge or prosecutor otherwise, in any jurisdiction, for the very simple reason that his allegations do not match the reality of our contractual relations."

The saga of the legal battle encompasses many of the problems regulators have identified with the soaring global art market -- art, in the wrong hands, has become yet another commodity to move money with little accountability.

The "Salvator Mundi," meanwhile, hasn't been seen since the record-breaking sale. But it has been back in the headlines after a French documentary claimed in April that the painting had been at the center of a diplomatic spat between Paris and Riyadh, amid doubts over its authenticity and a request by the kingdom that it be shown in the Louvre.

The $450 million question: Where is Leonardo da Vinci's 'Salvator Mundi'?
CNN reached out to the Kingdom of Saudi Arabia for comment but is yet to receive a response.
In the documentary, "The Savior for Sale," an anonymous high-ranking French official claims that Prince bin Salman was adamant that the "Salvator Mundi" be displayed next to the "Mona Lisa" in order to solidify its place as an authentic Leonardo -- despite ongoing questions about whether the work is entirely by the Italian master.

The French government ultimately decided not to exhibit the painting under the Saudis' conditions, which the anonymous official says in the film "would be akin to laundering a piece that cost $450 million." Even with the painting out of the public eye, art historians and experts have continued to debate whether the "Salvator Mundi" is an autograph Leonardo or whether he merely contributed to a painting that was predominantly executed by his workshop. The difference could affect its value by hundreds of millions of dollars, given that there are fewer than 20 authenticated Leonardo paintings in the world.