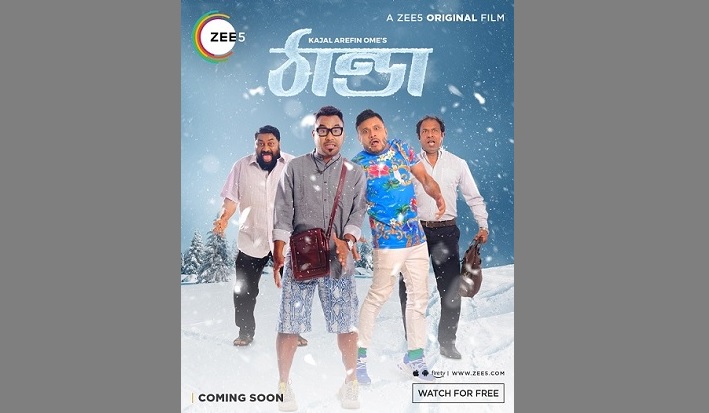 ZEE5 Global, the largest OTT platform for South Asian content, is set to stream Thanda, a ZEE5 Original. Directed by Kajal Arefin Ome, ‘Thanda’ is a fictional comedy film about the lives of four bachelors living in Dhaka.

The platform has dropped an intriguing poster as a first look on its social media handles.

‘Thanda’ will be soon available on ZEE5 Global and free to watch for viewers across Bangladesh.

Archana Anand, Chief Business Officer, ZEE5 Global, said, “We’re building out a very strong library of local Bangla Originals on ZEE5 to add to our huge content offering, and are now happy to add ‘Thanda’ to this.  ‘Thanda’ is an out-and-out entertainer for our viewers, and they can expect many more interesting stories and laughs from this film.”