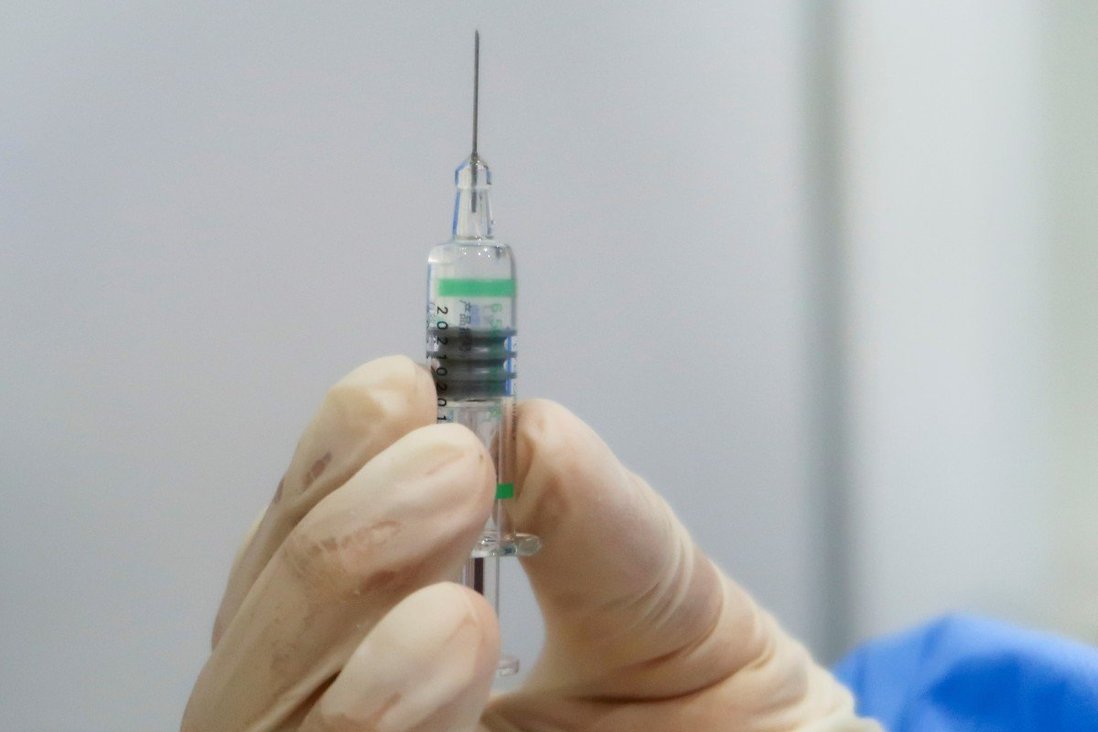 The Chinese drug maker Sinopharm has finally published the interim results from a phase 3 trial of its Covid-19 vaccine after more than 200 million doses have been administered worldwide.

The study, published in the Journal of the American Medical Association on Wednesday, has finally answered scientists’ calls for greater transparency, but the results do not cover some of the most vulnerable groups.

Trial data shows a vaccine made by Sinopharm’s Beijing subsidiary, which has been approved by the World Health Organization for emergency use, could offer 78.1 per cent of protection against symptomatic Covid-19 but the rate dropped to 73.5 per cent after taking asymptomatic cases into account.

Another vaccine by the company’s Wuhan subsidiary, which is in the process of applying for WHO emergency use licensing and has been conditionally approved for general use in China, had 72.8 per cent efficacy against symptomatic cases and 64 cent including asymptomatic ones.

The results were based on data collected from 40,411 participants in the United Arab Emirates and Bahrain last year.

The trial participants, mostly healthy 18-59-year-olds, were equally divided into three groups inoculated with the vaccine from the Beijing subsidiary, the Wuhan subsidiary or a placebo.

A small number of participants above 60 years old were recruited, around 200 in each group.

Only two severe cases were identified in the placebo group, and none in the two vaccinated groups, which the researchers said did not provide enough data to make a conclusion.

“These results should be interpreted with caution given the small number of incident severe cases,” the authors wrote. “Conclusions about prevention of severe cases cannot be made.”

“Certainly they don’t have enough data on severe cases, and from a statistical standpoint we would need to see more cases to have a better idea how well this vaccine protects against severe disease,” St. John said.

“When you have values like two or three out of hundreds [for severe cases], they don’t give you confidence that it’s not just a random event.”

Vaccinologist Nikolai Petrovsky, a professor at Flinders University in Australia, said the fact that the only two serious cases were in the placebo group indicated a “positive direction”, but agreed the numbers were not big enough to make a “statistical claim of difference”.

But he added this tended to be the case for the trials of currently available vaccines. “None of the trials that have been undertaken to date were statistically powered to look at serious illness or death. The numbers [of such cases] were too low,” he said.

No death was reported in any group so no protection rate against death could be calculated, but Petrovsky said: “It doesn’t mean it doesn’t protect against death, but we just can’t say anything about that from the trial data.”

Participants were tested for coronavirus immediately before inoculation and 14 days after the second dose, and 47 asymptomatic cases of Covid-19 – 16 in the Wuhan subsidiary group, 10 in the Beijing vaccine group and 21 in the placebo group – were subsequently confirmed, but there is not enough data to draw a conclusion on how the vaccine would reduce asymptomatic infections.

“The study could not address the question of whether the inactivated vaccines prevent asymptomatic infection, which requires formal study-wide surveillance via virologic and serologic tests,” the paper authors wrote.

They recognised the study had its limitations, including no sufficient data on the most vulnerable groups of the population.

“The trial was mainly conducted in generally healthy, young men in the Middle East, and there was insufficient power to test the efficacy among those with chronic diseases, women, older adults, those in other geographic populations, and those with previous Sars-CoV-2 infections,” the authors wrote.

St John said a trial with healthy younger adults was a good place to start with a vaccine but it would be good for the study to include more participants among at-risk groups such as the elderly or people with comorbidities.

Such groups might bring the efficacy rate down because “those groups are more likely to have a weakened or less effective immune response to things like vaccines”, according to St John.

Petrovsky from Flinders University said because the elderly were often less likely to get side effects, the safety data collected for adults was likely to apply to this group as well “but it’s harder to extrapolate effectiveness data because that may be weaker in the elderly”.

The WHO has recommended the vaccine for use on over-60s but said further data on that age group is needed.

The only two serious adverse events thought to be possibly associated with the vaccine were in the Beijing group. A 30-year-old man, who was later found to be suffering from a rare condition, was diagnosed with a possible nerve damage and a 35-year-old woman suffered severe vomiting and needed hospital treatment.

The paper was written by researchers involved in vaccine development and human trials, including in Abu Dhabi Health Services Company, G42 group and Sinopharm subsidiaries.