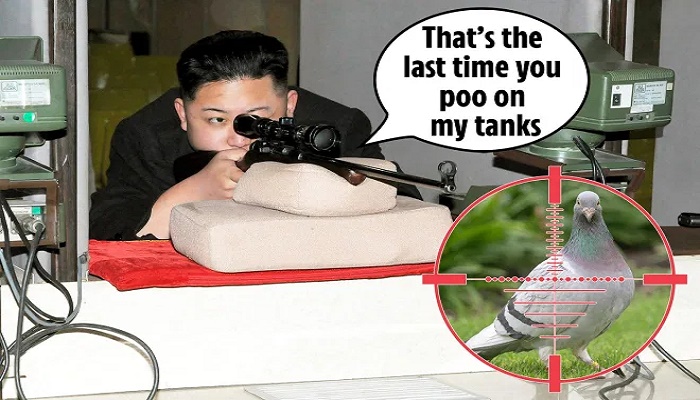 The tyrant believes the birds flying in from neighbouring China are carriers of Covid.

Paranoid authorities in Hyesan and Sinuiju have directed townsfolk to “catch and eliminate pigeons and cats”.

In Hyesan a family of four were forced into an isolation facility for secretly raising a cat.

The family told the authorities that their cat had died. But it was seen near a chain-link fence.

Border patrol guards tried to capture the animal, but failed. It was last seen heading for a residential district.

The incident was reported up to the provincial quarantine command, and after two days of investigation the owners of the cat were locked up.

A source revealed: “The family was given a punishment of 20 days.”