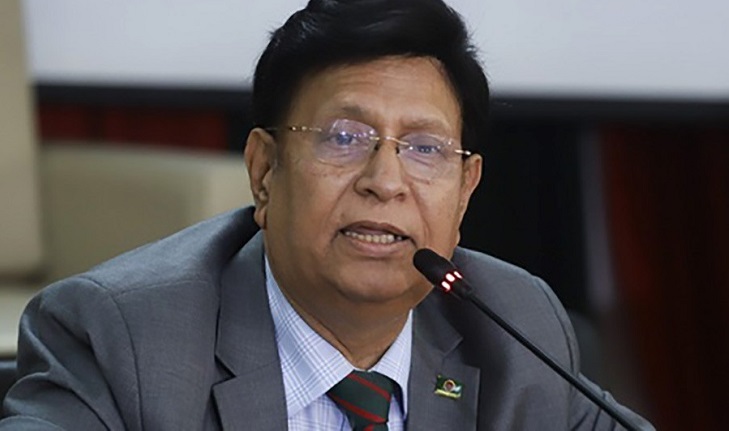 Foreign Minister Dr AK Abdul Momen on Sunday called for precaution instead of getting panicked after a series of mild quakes were felt in the north-eastern district.

“Don’t get panicked. Stay alert. The government also remains aware of it. We will surely do whatever is needed,” he said in a video message to the people of Sylhet.

Momen said he talked to the relevant ministers and officials including Sylhet City Corporation officials after back to back tremors  jolted the area on Saturday and Sunday.

The Foreign Minister also suggested keeping emergency kits and first aid tools at homes for use when required.

Momen said it is better to come out in the open in case of any emergency.

He advised the people to call at 999 for any emergency and asked the hospital authorities to keep some beds ready for emergency treatment.

A day after six tremors hit Sylhet on Saturday, another mild quake was felt early Sunday.

Senior Meteorologist of Sylhet Met office Syed Ahmed Chowdhury said the latest quake, measuring 2.8 magnitude on the Richter Scale, was felt at 4:35am.

The epicenter of the earthquake was in the bordering area of the district.

No casualty or damage was reported.

The authorities have identified two buildings as risky and asked the occupants to move to safety.