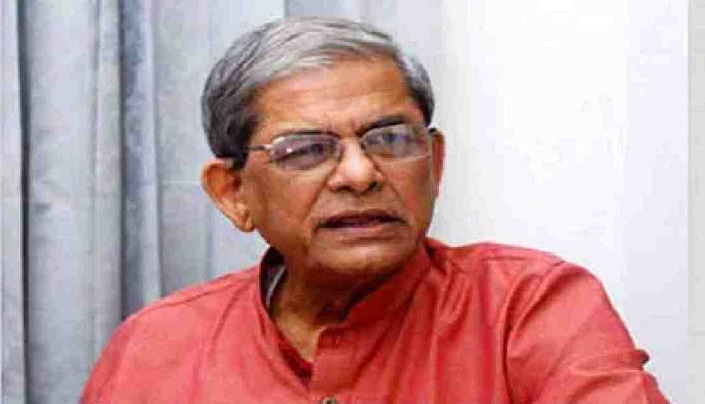 The BNP leader also said the ruling party is trying to stop liberal democratic politics in the country to perpetuate its power, giving a rise to extremism and communalism.

He came up with the allegation while talking to reporters after placing wreaths at BNP founder Ziaur Rahman’s grave, marking his 40th death anniversary.

The BNP leader said their party thinks Awami League has never done anything good in the interest of Bangladesh. “They just destroyed the country instead of building it.”

Fakhrul said the entire nation must fight against fascism. “Not only BNP, but also all the citizens of Bangladesh are the victims of fascism. A repressive rule has been imposed on us snatching democracy, basic rights and press freedom.”

He called upon people to be united and work together to get rid of the current situation.

Later, BNP the central leaders, including Fakhrul, took part in distribution of food items and clothes among the destitute at 19 spots of the capital.

BNP and its different associate bodies chalked out a 15-day programme to observe the 40th death anniversary of Zia with due reverence.

In observance of the day, black flags were hoisted and party flags kept at half-mast atop the offices of the party and its associate bodies, including Nayapaltan headquarters, at 6:00am.

The party's district, city and thana units observed the day with various programmes, including virtual discussions.

Ziaur Rahman who founded the Bangladesh Nationalist Party (BNP) in 1978 was assassinated by a group of army officers at Chittagong Circuit House on 30 May 1981.