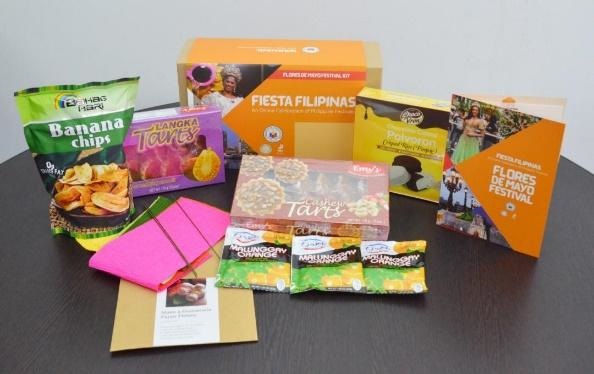 The Embassy of the Republic of the Philippines in Bangladesh, under the Department of Foreign Affairs, in partnership with the Department of Tourism and the National Commission for Culture and the Arts, brings to the world the multi-sensory experience of Philippine festival celebrations through the online event “Fiesta Filipinas”.

The Fiesta Filipinas is a six-part, multi-format online event series from December 2020 until June 2021. It simulates the experience of celebrating Philippine festivals through a combination of live and pre-recorded videos which include workshops and activities.

The 5th episode of the Fiesta Filipinas event held on Sunday (May 29) showcased the annual Flores de Mayo held every month of May all over the Philippines through a “Santacruzan” which is a parade of Filipinos dressed in intricately-designed gowns with accompanying décor and props used to celebrate the occasion. The Santacruzan is held as a display of religious devotion by the townsfolk and as a showcase of the artistic flair of the people. The episode also included a virtual tour of the country’s capital, Manila, a place where the old meets the new, and where continuous reinvention and restoration brings out the beauty and history of the Philippines’ premier city.

President of the Bangladesh Philippines Chamber of Commerce and Industry, Engr. Akbar Hakim, graced the episode as one of the “bisitas” (or “guests” in English). Previous participants of the Fiesta Filipinas episodes were the Philippine Consul General in Chattogram, Mr. Mohammed A. Awwal, the Founder and COO of Chaldal Ltd., Mr. Zia Ashraf, and the presidents of the Filipino Community organizations in Bangladesh.

The 1st episode of Fiesta Filipinas on 19 December 2020 featured the Giant Lantern Festival of San Fernando, Pampanga. The 2nd episode on 20 February 2021 featured the Sinulog, Ati-Atihan and Dinagyang festivals of Cebu, Aklan and Iloilo, respectively. The 3rd episode on 27 February 2021 featured the Panagbenga Festival of Baguio. The 4th episode on 27 March 2021 showcased the Visita Iglesia. A recorded version of these episodes are available at the official Facebook page of the Philippine Department of Foreign Affairs and can be accessed through www.facebook.com/dfaphl/.

The next and last episode of the Fiesta Filipinas is the Lami-Lamihan festival of Basilan on 25 June 2021.

A side event of the Fiesta Filipinas is the opening exhibit of a “Philippine Flora: An Online Botanical Art Exhibit” on 29 May 2021. It is a joint collaboration between the Department of Foreign Affairs and the Philippine Botanical Art Society and will run until 29 June 2021 at https://philippineflora.cargo.site/. It aims to create awareness about the rich biodiversity of the Philippines, specifically endemic and indigenous flora species. The Philippines, being one of the megadiverse countries in the world, takes pride in its more than 10,000 native flora species; fifty percent of these species can only be found in the Philippines. Bangladeshis are invited to take a look at the exhibit.