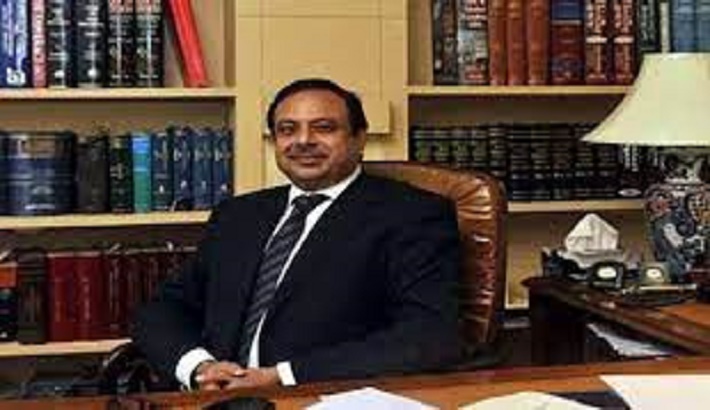 Pakistan Sindh High Court on Thursday directed the secretary of the ministry of interior to personally produce details on next hearing from internment centres about missing persons and recalled warrant issued earlier against him as he apologised over non-compliance.

Attorney General Khalid Javed Khan, who was accompanying the interior secretary in court, was of the view that the federal government was taking the cases of missing persons very seriously and that he was hopeful that in the near future legislation would be passed to criminalise enforced disappearances.

The two-judge bench headed by Justice Mohammad Karim Khan Agha urged the authorities concerned to appoint chairperson of the national commission of human rights prior to next hearing.

It also asked an official of foreign ministry to provide accurate information to UN Working Group on Enforced Disappearances to avoid unwarranted criticism of the country.

In the last hearing the bench had issued non-bailable warrant for the arrest of Interior Secretary Yousuf Nasim Khokhar as well as show-cause notices against him in several petitions of missing persons for consistently violating court orders by not filing information from the internment centres in Khyber Pakhtunkhwa regarding missing persons.

When a set of identical petitions came up for hearing on Thursday, the interior secretary along with the top federal law officer turned up and apologised for not complying with earlier orders.

Mr Khokhar contended that he had full respect for the judiciary and was very much active in finding out whether any of the missing persons from Karachi were held in internment centres in KP. He further maintained that this was an ongoing exercise and nevertheless he would complete it as soon as possible and produced a list containing names of three persons from Sindh being detained at an interment centre in KP.

The bench said that the interior secretary already had a copy of the list of missing persons whose petitions were pending before the SHC and he must ensure that a report was submitted showing if any missing persons from the list were held in internment centres at next hearing.

It further directed the interior secretary to be in attendance on Aug 24 along with required documents and recalled the non-bailable warrant issued against him.

The bench also vacated the show-cause notices issued earlier and said the reply of interior secretary appeared to be satisfactory while the attorney general had also apologised for the secretary.

The director general of human rights and humanitarian affairs, Kazi Saleem, appeared on behalf of the ministry of foreign affairs and produced the copies of a report which was provided to the UN Working Group on Enforced Disappearances.

The bench made it clear to him that the report should be accurate as much as possible so that any unwarranted criticism was not made against Pakistan.

About the appointment of chairperson of national commission of human rights, the director general of the ministry of human rights Hassan Mangi and the attorney general informed the bench that the matter was before the Supreme Court and the process of appointing chairperson was at advanced stage and to be made in near future.