Entrepreneurs skeptical about operation of factories on time 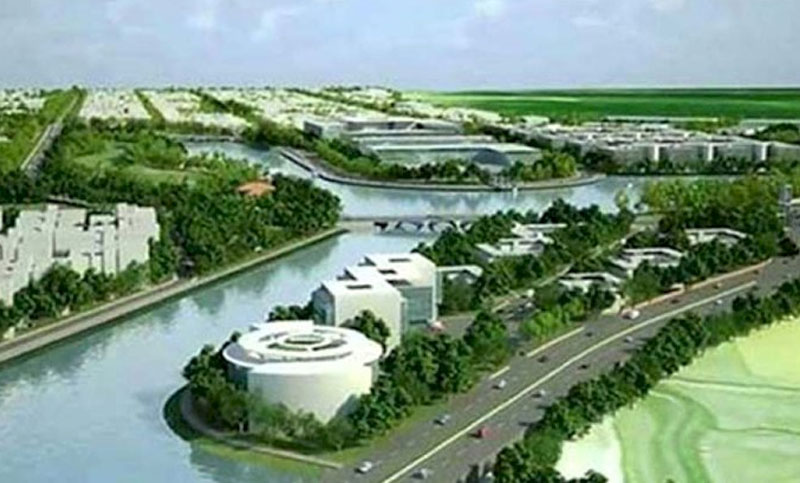 The Bangabandhu Sheikh Mujib Shilpa Nagar (BSMSN), one of the government-owned economic zones in the country, is being developed on 30,000 acres of land in three upazilas of Chattogram and Feni. The government is optimistic about the employment of 1.5 million people there in the next 15 years.

Large scale industries are being set up with the investment of more than a hundred industrial groups. Although several factories have reached the stage of production this year, power shortage has appeared as the main impediment.

Even though the demand for electricity in those factories is 230 KV, the Bangladesh Rural Electrification Board (REB), which is in charge of supplying electricity in the area, has a capacity of 132 KV and 33 KV.  These industries are cent per cent ready to go into production but there is a fear that production will be delayed due to supply of electricity.

It has learned that hundreds of large industrial groups including Bangladesh Edible Oil Ltd, Bashundhara Group, TK Group, Nippon Steel Industries Limited, McDonald Steel Building Products Limited, Palmal Group, Berger, Walton and Hamko Corporation have already invested in Bangabandhu Sheikh Mujib Shilpa Nagar of Mirsarai Economic Zone. The construction work of factories of these organisations is going on in full swing and several industries are expected to be fully ready for production within this year. However, uninterrupted power supply is a distant dream.

Investors said the sensitive equipment of these factories requires quality and uninterrupted power supply through 230 KV lines. However, power of this voltage cannot be provided by any other supply organisation except Bangladesh Power Development Board (BPDB).  Other power supply companies do not have infrastructure and experience to supply this power.

The investors also said the the authorities have not yet fixed the selling price of 230 KV voltage power.

As the BSMSN area is under REB, there is a technical problem in getting the desired power to run the factories. In this situation, many industrialists have applied to PDB and the ministry to buy electricity directly from Power Development Board. Some have proposed to set up 5-6 km supply lines and substations to take power from the national grid to the factory with their own funds. The Bangladesh Economic Zone Authority (BEZA) has also given no-objection letter to these proposals.

As REB does not have the infrastructure and experience to sell 230 KV power, PDB has expressed interest in selling electricity directly to these companies through a tripartite (PDB-PGCB-Consumer) agreement.

In two letters sent on March 25, Power Development Board sought permission to sell 25 MW power directly to a chemical industry. The Industry will go into operation in next December with an annual production capacity of 144,000 metric tons.

Permission has also been sought to sell 190 MW of electricity directly to a multi-steel industry which will go into production in June of next year with a production capacity of 1.25 million metric tonnes.

The letter, signed by Saiful Islam Azad, secretary of the power development board, said the tariff order issued by the BERC did not fix any tariff for REB for wholesale electricity at the 230 KV level.

As per the Bangladesh Energy Regulatory Commission (BERC) guidelines, REB and DESCO will purchase bulk power from PDB at 132 KV level in all the places where 132 KV infrastructures is being constructed. Besides, in the jurisdiction areas, REB has no capacity to provide connection to large industrial establishments at 230 KV level.

As REB does not have 230/132 KV infrastructure in the area adjacent to Mirsarai Economic Zone, there is no opportunity for it to connect 230/132 KV subscribers as per BERC guidelines. According to Section 26 of the Electricity Act 2018, the government may, by written order and subject to appropriate regulations, allow a licensee to supply electricity to any person outside its supply area and perform construction works.

Wholesale price of REB being lower, selling electricity to REB at 132 KV as per the fixed price will increase the amount of government subsidy. Justifying direct sale of electricity to the customer, the letter further said that as a single buyer, PDB buys electricity from all power plants and sells it to grid connected bulk customers across the country through 132/230 KV network. The 132 and 230 KV customers who receive power directly from the grid sell electricity through a tripartite agreement. In this situation, permission has been sought to provide connection through PDB to the industrial establishments interested in getting electricity at 230 KV level in Bangabandhu Sheikh Mujib Shilpa Nagar of Mirsarai Economic Zone.

In this regard, an industrialist who applied for 230 KV power from PDB said his factory would be ready for operation in seven to eight months but the factory will not be able to go into production without electricity. Many factories in REB area depend on captive power which increases the cost of production.

About application submitted to get electricity from PDB, the industrialist said that he has proposed to set up lines and substations to get power from the grid to the factory at their own cost.

“The sooner we get approval, the sooner we will be able to start work. Otherwise, it will not be possible to start the factory on time which will hamper the investment” he said.