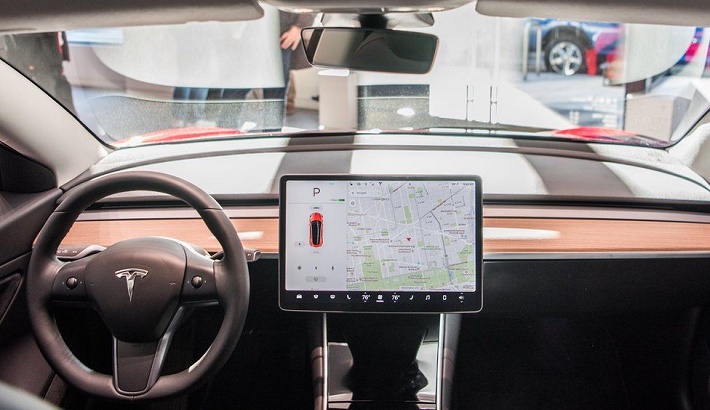 A new software update for Tesla cars appears to include monitoring of drivers through the car's internal cameras when Autopilot is in use.

The "self-driving" feature requires drivers to pay attention at all times, but has been criticised as easy to fool.

Users have been able to activate the assist feature and leave the driver's seat, and video themselves doing so.

But the new feature will detect how attentive the driver actually is.

Tesla's cars have relied on sensors in the wheel to make sure the driver's hands remain on it.

Some other car manufacturers have used internal sensors to observe where a driver's eyes are looking. That means the vehicle can slow down or switch off automated driving features if the driver starts looking at their phone, for example.

A new software update for Tesla cars, reported by several media outlets, reveals that the camera above the car's rear-view mirror will start performing a similar function.

It "can now detect and alert driver inattentiveness while Autopilot is engaged," the release notes say.