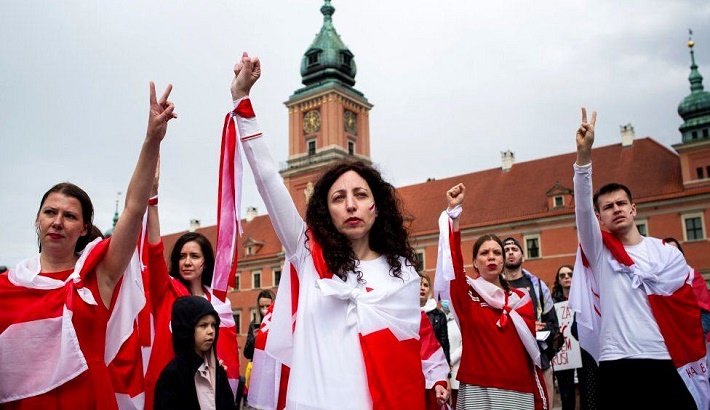 Hundreds of people in Poland and Lithuania gathered for protests on Saturday to show support for the opposition in neighbouring Belarus.

They called for the release of a Belarusian dissident who was arrested along with his girlfriend when their flight was diverted to Minsk.

Protests took place elsewhere in Europe as well as in the US and Australia.

Roman Protasevich, 26, and Sofia Sapega, 23, were flying from Greece to Lithuania on Sunday when a fighter jet was scrambled over Belarus to escort their plane to Minsk airport over a bomb threat which turned out to be fake.

They were arrested as soon as the Ryanair plane landed.