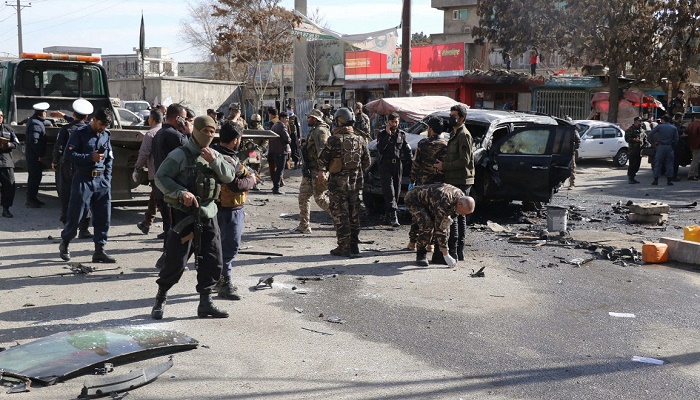 At least four people including two university lecturers were killed and several others were wounded when a roadside bomb struck their bus north of the Afghan capital on Saturday, officials said.

The incident occurred when the bus they were travelling in was hit by an explosive planted on the road in the city of Charikar, capital of Parwan province, interior ministry spokesman Tareq Arian told reporters.

"Four people were killed and 11 were wounded," Arian told reporters.

The ministry of higher education said at least two of the killed were lecturers at Al-Biruni University from the neighbouring province of Kapisa, adding that the wounded included the dean of the university and some students.

Abdullah Abdullah, who heads the country's peace process, condemned the incident, which he called a "terrorist attack".

No group has so far claimed the bombing, and the Taliban denied they were involved.

Violence has soared in recent weeks as government forces and the Taliban clash in near-daily battles across the rugged countryside, with the insurgents pressing on with their campaign to capture more territory as peace talks remain deadlocked.

The group has also been accused of killing prominent Afghans including journalists, judges, civil activists and politicians in a wave of targeted assassinations in Kabul and other cities.

Even as violence surges, the US military continues to withdraw its remaining 2,500 troops from the country.

Last month, President Joe Biden ordered the US military to complete the exit of all troops by September 11, which will wrap up US on-the-ground involvement in a war that began nearly 20 years ago following the September 11, 2001 attacks by Al-Qaeda.