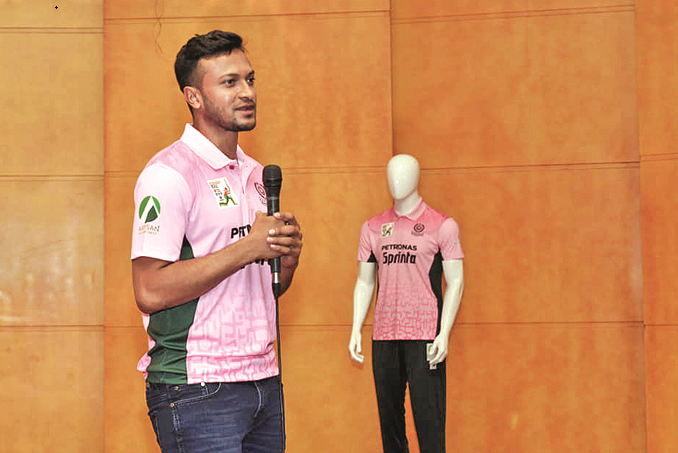 Bangladesh all-rounder Shakib Al Hasan on Saturday admitted his lack of form during the recently-concluded ODI series against Sri Lanka but vowed not to replicate the same mistakes in coming days.

The 34-year old, who skipped Bangladesh’s last two series in New Zealand and Sri Lanka and opted to play in the Indian Premier League, looked out of sorts during the ODI series against Sri Lanka as he could score only 19 runs and take three wickets.

“Of course, my expectations didn’t fulfil during the series. But I have to ensure that these things won’t happen next and it’s very important,” Shakib told reporters at a city hotel during a jersey launching ceremony of Mohammedan Sporting Club for the upcoming Dhaka Premier League.

Shakib, who returned to his favourite number three position during the series, was unable to stay at the crease for a longer period despite coming to bat in the second over in all three matches.

The southpaw mistimed a slower of part-time off-spinner Danushka Gunathilaka in the first ODI only to be caught at long-on after making 15 off 34 balls while he failed to read an inswinger of pacer Dushmantha Chameera to be dismissed by lbw on zero in the second one-dayer.

Shakib’s poor run with the bat continued in the third and final match as he failed to make a connection between bat and ball while attempting a pull and was caught at square leg  off Chameera after making just four runs.

Although Shakib couldn’t get too many wickets in the series, he consistently maintained his economy rate at four and a half per over but the performance was nowhere near his best effort in the field.

Since IPL, which was postponed midway due to the rise of the corora outbreak in India, Shakib has been struggling with his form as the number one T20I all-rounder could make 38 runs and take two wickets for Kolkata Knight Riders and also faced axing from their playing XI only after featuring in three games.

Shakib, however, expressed his satisfaction with Bangladesh’s maiden series win over Sri Lanka as he believed it was quite a decent feat for the Tigers.

“I think it’s really a great thing that we won the first-ever series against Sri Lanka. It could have been 3-0 but if Sri Lanka could play well, the result could be different as well,” he said.

Shakib also emphasised playing match by match and urged for consistency during the upcoming DPL as the star all-rounder will lead Mohammedan SC in the domestic T20 competition, starting on Monday.

“The target will be staying at the top of the list. The league is actually a long tournament. It’s important to go match by match,” he said.

“Our first target is to win the first match. As we have to play matches in quick succession, it’s important to maintain consistency during the T20 tournament,” he added.