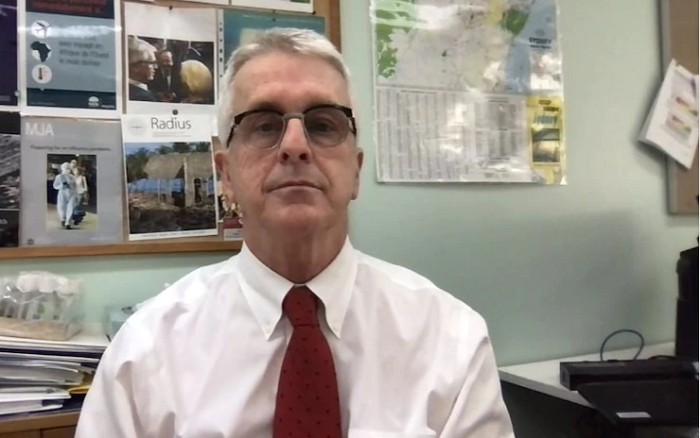 The Australian representative on the World Health Organization's investigation into the origins of coronavirus has defended the team's findings, after US President Joe Biden ordered US intelligence agencies to carry out extra investigations into the source of the pandemic.

The United States has also called on the WHO to carry out a second phase of its investigation into the origins of COVID-19, saying US intelligence agencies are pursuing rival theories, including the possibility of a laboratory accident in China.

Speaking to the ABC, NSW Health medical virologist and infectious disease physician Dominic Dwyer, who spent four weeks in Wuhan in January and February, said there was no evidence to back up the lab escape theory.

"The US intelligence forces were asked to show if they had any information that might be helpful. They haven't done that as yet," Professor Dwyer said.

"The fact that President Biden says he's getting conflicting reports from his intelligence agencies, to me, suggests there is no clear evidence, otherwise it would be obvious what was going on.

"I think also the difficulty in getting this evidence can't be underestimated. It's not easy to get.

"I think we just need to see the evidence. If we've got it, let's act on it.

"But show us the money."

Professor Dwyer said authorities in Wuhan had been "pretty open" with the team during its investigation.

"The evidence we got and the questions we asked and the answers we got are really what I would expect if I was doing the same investigation in Australia or New Zealand or somewhere similar," he said.

China has accused the Biden administration of playing politics over the origins of the pandemic, which has killed more than 3 million people worldwide.

Foreign Ministry spokesman Zhao Lijian said the order showed the US "does not care about facts and truth, nor is it interested in serious scientific origin tracing".

The US mission to the UN in Geneva said it was critical that independent experts were given full access to original data and samples in China.

In another development, Facebook said it would no longer remove posts that claim the virus was made by humans, citing "ongoing investigations into the origin of COVID-19 and consultation with public health experts".

The WHO team's report, which was written jointly with Chinese scientists, said the virus had probably been transmitted from bats to humans through another animal, and that a lab leak was "extremely unlikely" as a cause.

But WHO director-general Tedros Adhanom Ghebreyesus said some data was withheld from the team.

"In my discussions with the team, they expressed the difficulties they encountered in accessing raw data," Dr Tedros said in March.

"I expect future collaborative studies to include more timely and comprehensive data sharing."

Dr Tedros's comments prompted 14 nations, including Australia, to release a statement expressing concern that the WHO-led study was "significantly delayed and lacked access to complete, original data and samples".

Professor Dwyer said it could take "many, many years" to discover the origins of diseases and that it would only be achieved through cooperation.

"We've had Ebola virus outbreaks in Africa for the last 40-odd years but it's only in the last few years that the origin of that virus became apparent," he said.

"The same with SARS back in 2003. It took 10 or 15 years before the causative virus in animals was found.

"You have to develop cooperation; you have to work with people in an open and transparent manner to get things done.

"The more people fight about it, or people use politics to score points or whatever it might be, the less likely you are to get the cooperation to work together to sort it out.

"So I would plead that the diplomacy improves so that we can get on and do the science."