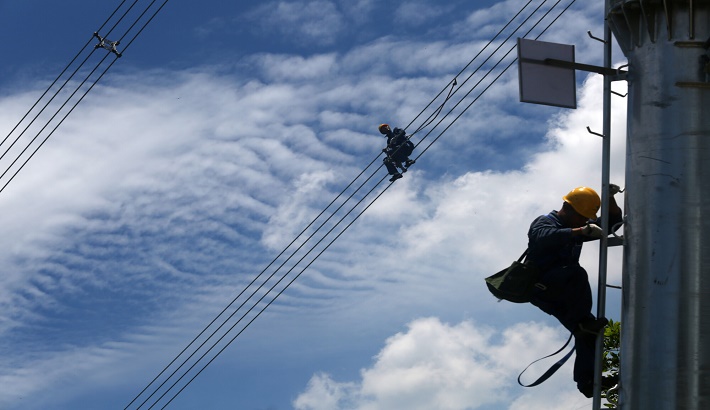 Several cities in China's southern province Guangdong, a major manufacturing hub, have asked industry to curb power use by suspending operations for hours or even days as high factory use combined with hot weather strain the region's power system. The power restrictions are a double-whammy for manufacturers who have already been forced to lower production due to a recent surge in raw material prices including steel, aluminium, glass and paper.

Guangdong, an economic and export powerhouse with an annual gross domestic product equivalent to South Korea, has seen its electricity use surge 22.6% in April from COVID-hit 2020 levels, and 7.6% from the same period in 2019. "Due to the acceleration of economic activity resumption and persistent high temperatures, electricity consumption has been increasing," said Guangdong provincial energy bureau last week, adding that average temperatures in May were 4 degree Celsius above normal, boosting air conditioner demand. Some local power grid firms in cities such as Guangzhou, Foshan, Dongguan and Shantou have issued notices urging factory users in the region to halt production during peak hours, between 7 am and 11 pm, or even shut down for two to three days each week depending on the power demand situation, according to five power users and local media reports. A manager at a Dongguan-based electric products company said they will have to look for alternative suppliers outside the region as local factories were asked to reduce production to four days a week from the usual seven.

Spot electricity prices traded on the Guangdong Power Exchange Centre touched 1,500 yuan ($234.89) per megawatt-hour on May 17, more than triple the local benchmark coal-fired power price set by the government.

Guangdong energy bureau has said it was coordinating with neighbouring regions to bring more electricity into the province, while ensuring steady coal and natural gas supplies for its own thermal power plants, which account for more than 70% of total electricity generation.

A major external power supplier to Guangzhou, Yunnan province, has been suffering from its own power crunch following months of rare drought which cut hydropower generation, the main source of its electricity.

The rainy season in southern China only started on April 26, 20-days later than normal, according to state media Xinhua News, leading to a 11% fall in hydropower generation in Yunnan last month from pre-COVID levels in 2019.

Some aluminium and zinc smelters in Yunnan have temporarily shut due to power shortages. Guangdong and Yunnan are among the five regions managed by China Southern Power Grid,China's second largest grid operator following State Grid which oversees 75% of the country's network.

The two grid systems are currently linked by one transmission line, Three-Gorges to Guangdong. Another cross-grid line, from Fujian to Guangdong, is under construction and is expected to start operating in 2022.

China Southern Power Grid did not respond to a request for comment.