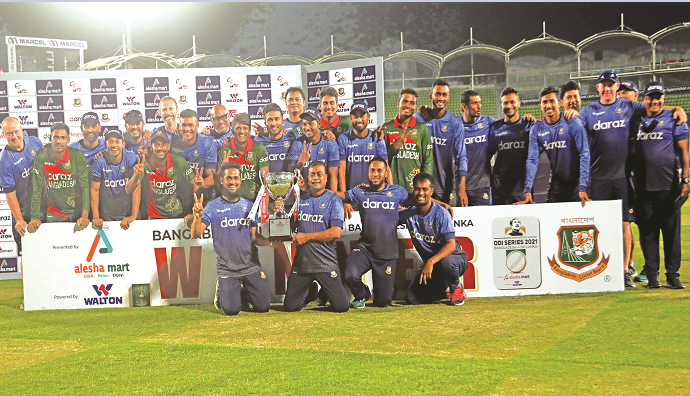 Bangladesh failed to utilise the opportunity of completing a clean sweep after conceding a 97-run thrashing against Sri Lanka in the third and final one-day international at the Sher-e-Bangla National Stadium in Dhaka on Friday.

Sri Lankan skipper Kusal Perera set up the consolation victory for the visitors as he struck a brilliant 120 off 122 balls to lead them to post 286-6 in their stipulated overs before pacer Dushmantha Chameera claimed a career-best 5-16 to bowl out the hosts to 189 runs in 42.3 overs.

The hosts, however, won the three-match one-day international series 2-1 after registering two convincing victories by 33 and 103 runs respectively in the opening two matches of the series.

Bangladesh had to suffer for their fielding errors in the series concluding match as they dropped at least three catches during Sri Lanka innings and Perera, who received lifelines on all three occasions, punished the hosts with his sixth ODI ton.

Sri Lankan openers Perera and Danushka Gunathilaka (39) gave the visitors a powerful start by putting up a quick 82-run stand after they won the toss for the first time in the series and opted to bat first.

Pacer Taskin Ahmed (4-46) then gave Bangladesh twin breakthroughs, removing Gunathilaka and Pathum Nissanka (0) in the same over but Perera continued his excellent batting and his deputy Kusal Mendis (22) supported him well to take his side over the 150-run mark.

The left-hander’s innings was also aided by Bangladeshi fielders as they dropped him on his 66, 79 and 99 runs respectively and the batsman completed his hundred by taking a single off pacer Mustafizur Rahman to bring up his third ODI ton against Bangladesh.

Perera was finally dismissed by pacer Shoriful Islam but middle-order batsman Dhananjaya de Silva made an unbeaten 55 runs to guide the visitors set a stiff target for the hosts. 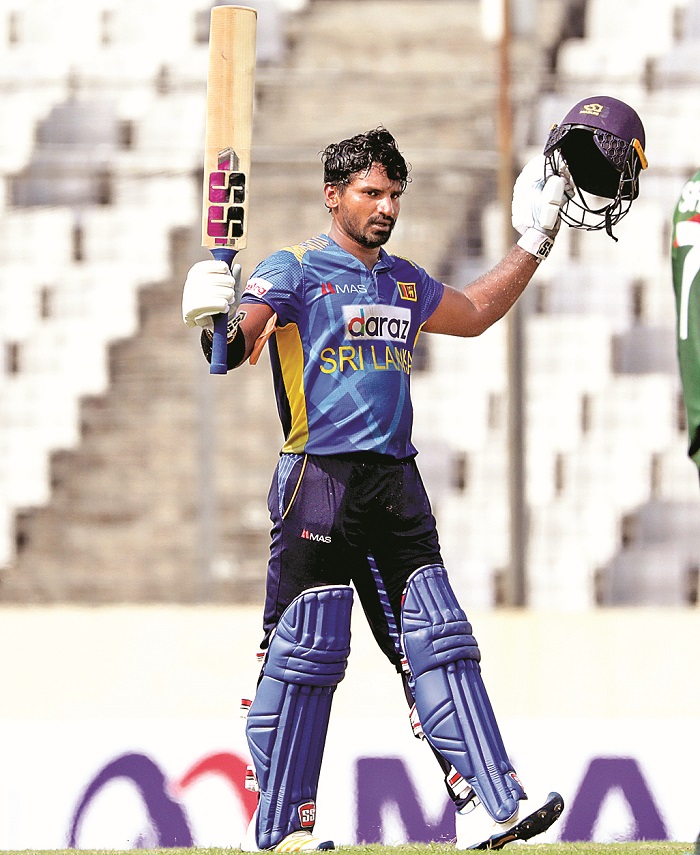 Bangladesh lost Mohammad Naim (one), Shakib Al Hasan (four) and Tamim Iqbal (17) early in their chase to be reduced at 28-3 and although Mosaddek Hossain and Mahmudullah contributed 51 and 53 runs respectively, the hosts never looked in control during their innings.

Off-spinner Ramesh Mendis, who was one of three debutants for Sri Lanka in the match along with Chamika Karunaratne and Binura Fernando, finished with 2-40 while leg-spinner Wanindu Hasaranga also claimed 2-47.