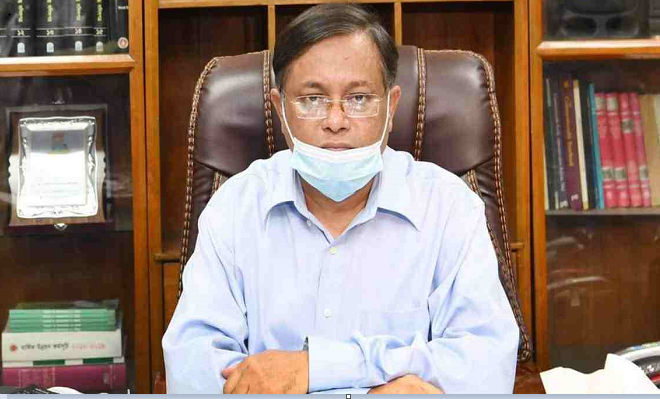 Information and Broadcasting Minister and Awami League Joint General Secretary Dr Hasan Mahmud  came down heavily on opposition BNP for criticising the government for giving the scope of whitening block money in the next budget.

“Why did Begum Zia whiten black money?” he questioned while speaking at a COVID-19 safely gears distribution programme, arranged by AL subcommittee on relief and social welfare affairs, at the AL President’s Political Office in the capital’s Dhanmondi area.

Speaking as the chief guest, Hasan said BNP chairperson Begum Khaleda Zia herself made black money white, and asked a question to BNP secretary general Mirza Fakhrul Islam Alamgir saying what would be
the answer of it.

The information minister mentioned that late Saifur Rahman, who was the finance minister during the tenures of Abdus Sattar, Ziaur Rahman and Khaleda Zia, also gave the scopes of whitening the black money in national budgets.

He asked the BNP leaders to answer first why they whitened black money themselves and then criticise the government.

For the sake of economy, Hasan said this opportunity is given to legalise the “undisclosed money” in many countries of the world, including Europe, the USA, India and Pakistan.

“It’s not that I fully support it (the scope of whitening back money) forever, but in fast-growing and developing economy like us, this opportunity has been given for the greater interest of economy,” he added.

The AL joint general secretary said BNP should applause the government since the GDP growth of Bangladesh increased even amid the coronavirus pandemic. The per capita income of the country’s people
also surpassed the neighboruing India, he added.

Reiterating that the Awami League always stands by people during disasters, he said during the first wave of COVID-19, the BNP leaders sometimes pretended to stand by people and used to hold photo sessions
to show off.

“Even they don’t do so now. They are busy in criticising the government,” Hasan added.

Later, the COVID-19 safety goods were handed over to the representatives of Chapainawabganj, Sherpur, Meherpur, Satdhira districts and Moralganj.