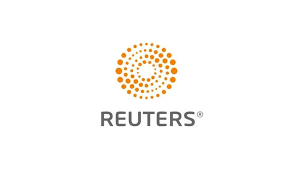 Reuters News said it was delaying the start of its website paywall following a dispute with financial data provider Refinitiv, postponing what it had characterized as its most significant transformation in a decade.

The agency, one of the largest news organizations in the world, is planning to charge for access to Reuters.com as part of a new digital subscription strategy designed to attract business professionals.

Editor-in-Chief Alessandra Galloni confirmed at a staff meeting that the launch, originally scheduled for June 1, had been paused, according to an article on the Reuters website.

The report said the dispute with Refinitiv was “over whether the move would breach a news supply agreement between the two companies.”

“We are still working through our plans,” a Reuters spokesman said in a statement, adding the website would remain in beta mode until they were finalized.

“As we said last week, we are in ongoing and private discussions with LSEG Refinitiv about our business approach and products, and how we can enhance our offer to all customers.”

Around half of Reuters’ revenues come from Refinitiv, a financial and market data firm it sold to private equity group Blackstone in 2018.

Refinitiv entered into a 30-year contract with Reuters, paying around $325 million a year for its content.

“Just as with any commercial agreement, there are ongoing and private discussions about our business approach and products,” a statement from LSEG said.

“The foundation of our partnership is strong and we will continue to work together to deliver for all of our customers,” it added.

When the paywalled website was announced in April, Reuters chief marketing officer Josh London described the move as “the largest digital transformation at Reuters in a decade.”