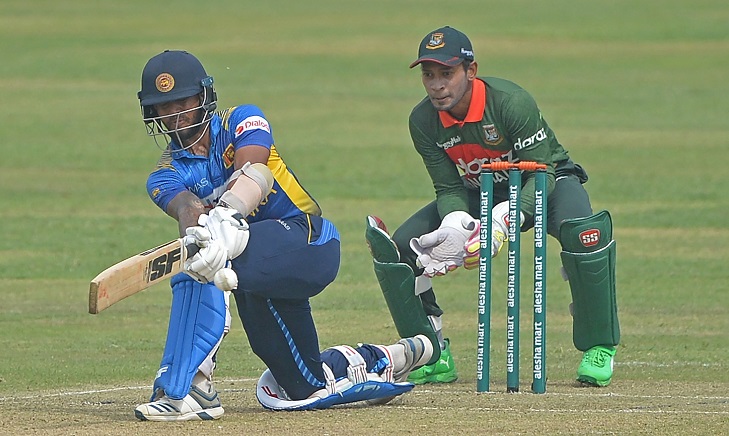 Sri Lanka scored 286 for six in their stipulated 50 over against Bangladesh in the third and final ODI at the Sher-e-Bangla National Cricket Stadium in Mirpur on Friday.

Sri Lanka Skipper Kusal Perera picked his sixth ODI century hitting an attacking 120 off 122 and an unbeaten 55 by Dhananjaya de Silva guided Sri Lanka, who trail the three-match series 2-0, to a challenging total after they elected to bat first.

Bangladesh did well in the last 10 overs giving away just 69 runs to check the batting surge.

Taskin, one of the two changes for Bangladesh in the match, finished with figures of 4-46.

Bangladesh, on the other hand, overlooked Liton Das and Mohammad Saifuddin. To replace them, Mohammad Naim and Taskin Ahmed have been included in the playing XI.