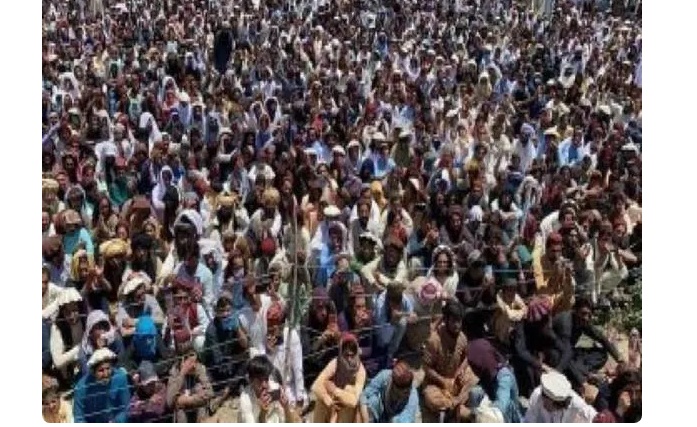 Chaman [Pakistan], May 26 (ANI): Thousands of people gathered at the Pashtun Tahafuz Movement's (PTM) rally at Datta Khel town of North Waziristan on Wednesday to mark the anniversary of the barbaric Kharqamar incident in which 14 peaceful Pashtun protesters were killed by the Pakistan Army.

He was arrested later over charges of passing derogatory remarks against state institutions.

Taking to Twitter, PTM leader Mohsin Dawar said: "The #PashtunLongMarch2DattaKhel is significant because Datta Khel remained a no-go area in my constituency NA48. Today we remembered #KharQamarMassacre & Arif Wazir with a historic turnout. The message is clear, we will not allow any part of our land to be used in strategic games."

On May 26 in 2019, PTM activists were holding protests near Kharqamar check post in the Datta Khel Subdivision of North Waziristan, when the military fired upon the gathering and killed over a dozen protesters.

Pakistan Police arrested Ali Wazir on December 16 in connection with a case registered against him and several leaders of the PTM for charges including hatching a criminal conspiracy and passing derogatory remarks against security forces, police, Rangers and other state institutions.

PTM, a socio-political group is known for exposing military offences in Pakistan.

The Pashtuns are facing repression at the hands of the Pakistan Army as a large number of civilians are killed every year and many become victims of enforced disappearances.

"Today a sea of thousands Pashtun in NW Dattakhel held a peaceful gathering by PTM demanded releasing of AliWazir including other PTM Activists and justice for #KharQamarMassacre. If the state belief rule of law, then State would to listen to our basic demand," said a Twitter user.

"2 years on, the people have not forgotten the horrors that took place in Kharqamar. Mohsin Dawar, who witnessed the events of that day receives a warm welcome in Dattakhel on the second anniversary of the Kharqamar tragedy," another user tweeted

Twitterati expressed disappointment as mainstream media did not cover the rally.

"Thousands of Pashtuns gathered at Dattakhel from all over the country against state brutalities, but unfortunately there was no media coverage for them. The state is just trying to cover its filthy face by such tactics by not giving them coverage," a Twitter user said. (ANI)