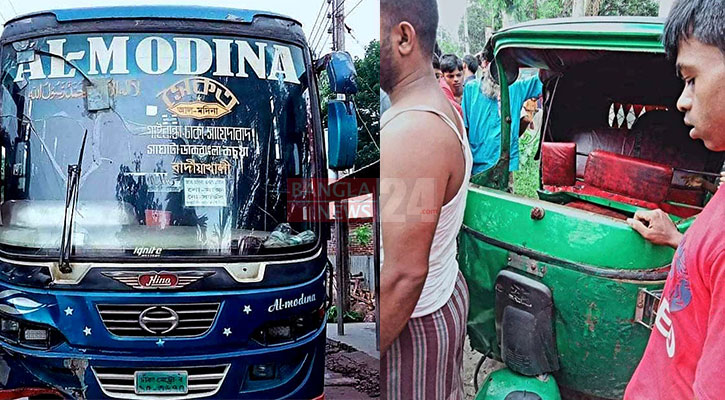 Two people were killed and three others injured after a passenger bus rammed a CNG-run auto-rickshaw in Battala ara at Badiakhali union of Gaibandha sadar upazila on Friday morning.

The deceased were identified as Dulal Saha, 37, son of Niraran Chandra Saha and Raju Mia, 27, son of Hossain Ali, both of them hailing from the area.

Police and eyewitnesses said the Saghata-bound passenger bus of ‘Al-Modina’ Paribahan from Dhaka rammed the rickshaw carrying the victims on Gaibandha-Saghata road at 7:00am, leaving the driver of the auto-rickshaw and its five passengers seriously injured.

They were admitted to Gaibandha General Hospital. Later, Dulal Mia died at 10:00 am at the hospital while Raju succumbed to his injuries on his way to Rangpur Medical College Hospital around 10:30am.

The injured are now undergoing treatment at the RMCH.