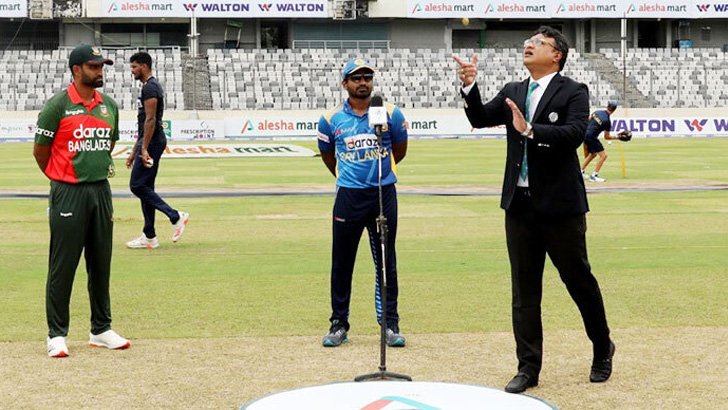 Sri Lanka won the toss and elected to bat first against Bangladesh in the third and final one-day international at the Sher-e-Bangla National Stadium in Dhaka on Friday.

Bangladesh, on the other hand, overlooked Liton Das and Mohammad Saifuddin. To replace them, Mohammad Naim and Taskin Ahmed have been included in the playing XI.

Liton has been going through a bad patch for a while now. In his last 10 innings, Liton failed to reach two-digit scores on four occasions with three ducks, prompting the team management to re-think his place in the playing XI.

Naim played an ODI against Zimbabwe earlier last year but didn’t get a chance to bat. He also played nine T20Is for the Tigers and amassed 303 runs with an average of 33.66.

The Tigers have already earned their maiden series win over the tourists by winning the opening two games convincingly.

The victories also helped them reach the top of the points table of ICC World Cup Super League.