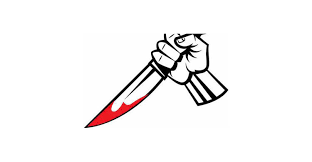 A teenager died at Dhaka Medical College and Hospital (DMCH) after being stabbed by some assailants over senior-junior matter in capital’s Kadamtali area on Friday morning.

The deceased was identified as Arafat Yashin, 18, hailing from Begumganj upazila of Noakhali.

Arafat's brother Abdul Hai Sohel said they used to live in the Paterbagh area of Kadamtali Shanir Akhra. Arafat used to work in a clothes shop at Ayesha Mosharraf Market in the area.

He added that his brother locked in a conflict with some youths before Eid-ul-Fitr over senior-junior issue while playing cricket in the area.

In the sequel, some youths, including Shuvo and Prince, stabbed Arafat in front of RS Super Tower at Shanir Akhra around 10:30pm on Thursday.

He was immediately taken to the DMCH but he succumbed to his injuries at 6:00am while undergoing treatment there.

Inspector Bachuchu Mia, in-charge of DMCH police outpost, said the body has been kept in the hospital morgue for an autopsy.