Arthur hopes to finish series on a high 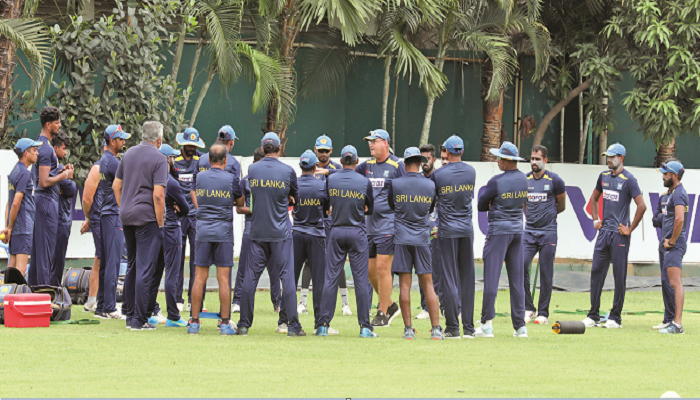 Sri Lanka head coach Mickey Arthur on Thursday said that they want to end the ongoing three-match ODI series on a high note as well as open their account in the ICC World Cup Super League.

The islanders are placed bottom in the 13-team ICC World Cup Super League points table with minus two points from five matches and they will be eyeing to turn around during the third and final ODI against Bangladesh in Dhaka today.

The hosts have already clinched their maiden series win against the visitors after registering two comprehensive victories in the opening two matches of the series.

“There are no dead rubbers with the World ODI Championship and qualification for the 2023 World Cup. Every ODI is worth ten points. We want to close off here with a good, hard, disciplined performance tomorrow. We want to take a win home,” Arthur said.

“Shakib (Al Hasan), Tamim (Iqbal) and Mushfiq (Rahim) have played over 200 games. Mahmudullah is close to 200 games. Mustafiz (Rahman) and Mehidy (Hasan) are a very good unit in their own conditions now.

“We were expecting really tough competition from Bangladesh. They have certainly given us that,” he said, adding that he’s surprised to see his charges struggling against slow bowlers in the middle.

“We battled to come to terms with the spinners, which is very surprising for me. The batsmen I see out in the nets are totally different to the batsmen who have gone out in the middle. Whether it’s performing under pressure or fear of failure – those are things you have to take out of their mind.

“They are all very skilled batsmen, particularly against spin. They haven’t shown that yet but I’m looking for a really good performance tomorrow (today),” he added.

Arthur said that their senior cricketers like Angelo Mathews, Dimuth Karunaratne and Dinesh Chandimal could make a return to the squad, despite their axing for the ongoing Bangladesh series.

“Dropping is a harsh word. We have looked at a way we can go forward without them (seniors). There’s no dropping. The guys can come back at any given time,” said Arthur.

“We have lacked a little bit through the middle but we have some senior players. KJP (Kusal Perera) and Kusal Mendis have played a lot. Dickwella and Dhananjaya de Silva have played a fair amount. Those are the guys we are banking on to become those players.

“We started on a journey with what we think is a team looking forward to playing in 2023. The doors are not closed on anybody. Certainly, some senior players can come back at any given time depending on performances,” he added.