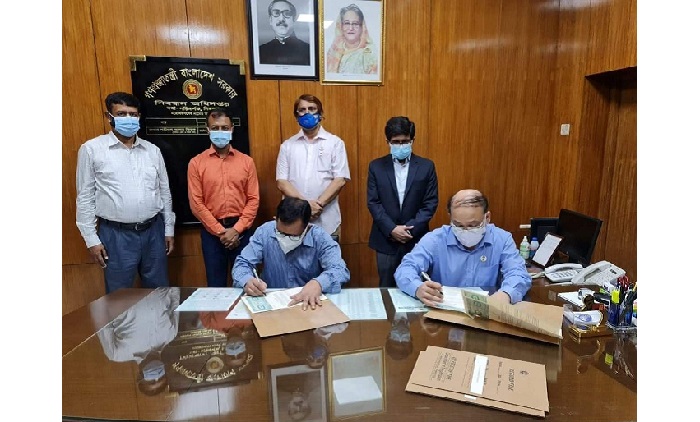 The government has initiated a project to implement e-registration of lands to expedite and streamline the land management system.

Directorate of Registration under the Ministry of Law, Justice and Parliamentary Affairs has adopted the scheme titled “Land Registration Management Digitization Feasibility Test Project” at the cost of Tk 1,60,32,000.

An agreement was signed at the Directorate of Registration in the capital on Thursday, said a press release issued by Ministry of Law, Justice and Parliamentary Affairs.

Initially, 17 sub-registry offices from different parts of the country have been brought under digital land registration project.

Software will replace handwritten copies of the marathon records and deeds of the lands once the project implemented, it added.

Terming the project timely, Law Minister Anisul Huq said digital registration will simplify verification of ownership of a land, its mutation and other relevant issues.

Forgery relating to transfer of land, ownership, registration and mutation and lawsuits will decrease as a result of digital registration, he added.

A few days back, land ministry embarked on a move to facilitate e-payment of land development tax, mutation and record fees to reduce public harassment.