One dies, 4 including 2 children missing as trawler capsizes in Padma river 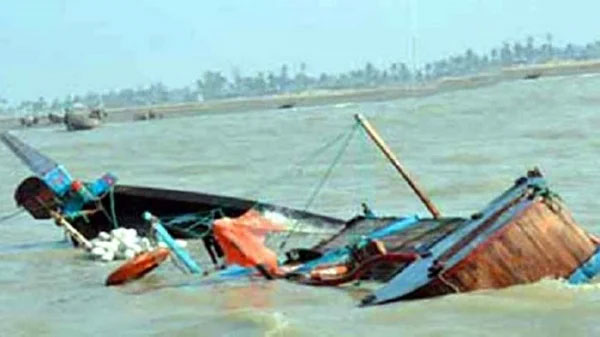 At least one person died and four others, including two children, went missing as a trawler capsized in the Padma river on Thursday afternoon, says media report.

The body of the deceased was recovered and identified as Abdur Rahman, 70, a freedom fighter.

With some 16 passengers, the trawler left Palerchar Ghat of Shimulia under Munshiganj at around 4:00pm.

At around 5:00pm, the trawler capsized due to strong currents in the river. Eleven people were rescued alive with the help of local boats.

Defying government ban due to inclement weather, the trawler was going from Shimulia to Shariatpur.