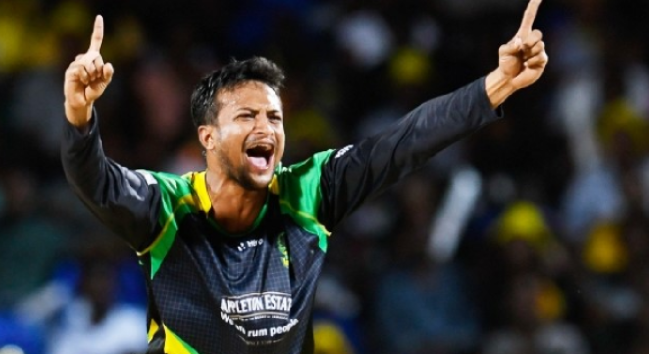 Shakib Al Hasan is all set to play the Caribbean Premier League (CPL) once again. This time though, he will feature for his old team Jamaica Tallawahs.

CPL started in 2013 and in the first edition Shakib played for Barbados Tridents.

He joined Jamaica for the first time in 2016 and the following year, he won the title for them.

The southpaw returned to Barbados in 2019 and won a title for them.

Now, the allrounder is back to his old team Jamaica.

The CPL authorities confirmed Shakib’s participation in a tweet.

Shakib played 30 matches in CPL and bagged 29 wickets, and he amassed 354 runs.