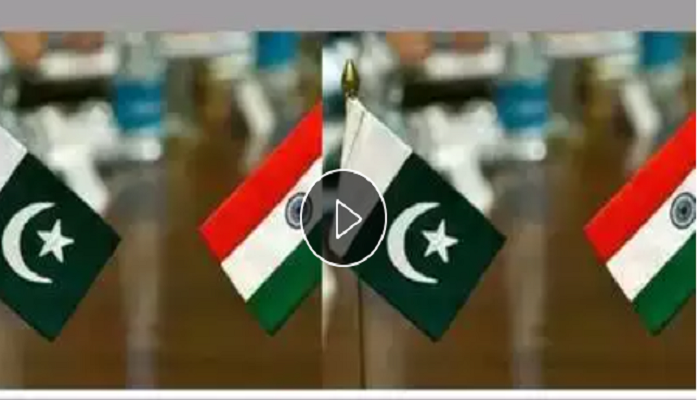 NEW DELHI: In a joint operation conducted by the military intelligence and Delhi Police's special cell, three staff members from the Pakistan high commission were apprehended red-handed while trying to exchange stolen classified documents, in a development that might further strain the already tense ties with the hostile neighbour.

The men — Abid Hussain, Tahir Khan and Javed Hussain — have been found to be directly linked to the ISI. The two men were declared persona non grata by the foreign ministry and were asked to leave the country by Monday morning. The last time a Pakistani diplomatic staffer was expelled was in 2016.

"The government has declared both these officials persona non grata for indulging in activities incompatible with their status as members of a diplomatic mission and asked them to leave the country within 24 hours," the MEA said in a statement.

India also registered a strong protest with Pakistan’s charge de affaires with regard to the activities of these officials against India’s national security. He was asked to ensure that no member of its diplomatic mission should indulge in activities inimical to India or behave in a manner incompatible with their diplomatic status.
An FIR under sections of the Official Secrets Act has been registered.

Pakistan rejected the charge of espionage against the staffers of its mission as "false" and "unsubstantiated" and termed their expulsion as violative of the Vienna Convention on Diplomatic Relations. Amid the strong likelihood of a tit-for-tat response, the foreign ministry in Islamabad alleged that its personnel were tortured and accused India of trying to restrict the space for Pakistani diplomats.

It also said the action was a ploy to distract attention from the "worsening situation and human rights violations" in J&K and from the issues, external and internal, facing the BJP government. It also sought the intervention of the international community for ensuring peace and stability in South Asia.

Sources in Delhi said the three Pakistanis were tracked down by cops when they had allegedly gone to meet a "defence personnel" near Arya Samaj Road in Karol Bagh to exchange some highly sensitive info.

It was found that Abid Hussain (42) and Tahir Khan (44) were using fake Indian names and identity cards. They had travelled around the city in a car that was being driven by Javed Hussain.

Sources said they were under the intel scanner for quite some time after they attempted to contact and lure some defence personnel into espionage-related activities.

They were caught with some incriminating documents along with Rs 15,000 and two iPhones, one which they wanted to give to the informant.

During interrogation, the men claimed they were under diplomatic immunity but were not found to be so. They claimed to be in touch with a number of people who were providing them sensitive information about military deployments.

Efforts are being made to track down the informants as well. The agencies are probing whether other staff members from the high commission were also involved in the spying racket.

A report regarding the interrogation was sent to the MEA. After registering an FIR, the men were sent for a medical examination and then handed over to the high commission.

Sources said Abid Hussain was posted as a visa assistant since December 2018, while Tahir Khan was an upper division clerk who came to India around the same time. Javed Hussain was working as a driver for the past five and a half years.

In 2016, Delhi Police had busted another spy ring comprising more than a dozen officials from the Pakistan high commission after they caught a staffer, Mehmood Akhtar, who was retrieving data about BSF deployments along the Indo-Pak border. Following this, 16 staff members from the high commission were expelled after they were found to be obtaining information from different sources. After that, the ISI had been been using its agents posted in Pakistan's missions in neighbouring countries of Mauritius and Sri Lanka to organise espionage and subversion in India, sources said.