Best is yet to come: Mahmudullah 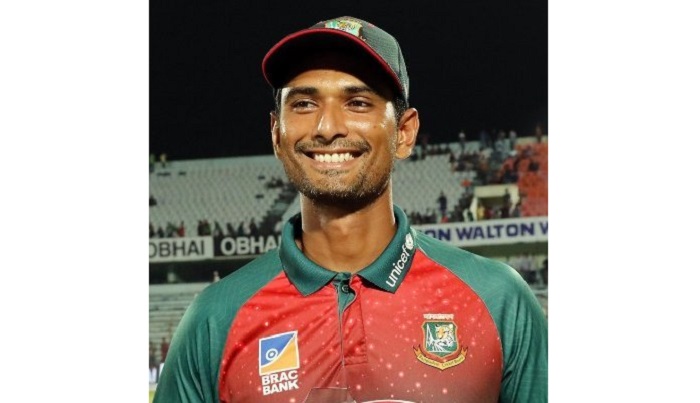 Bangladesh allrounder Mahmudullah Riyad has said that the Tigers are yet to demonstrate their best brand of cricket in the ongoing three-match series against Sri Lanka.

Bangladesh have already sealed the series winning the first two games on May 23 and 25. Both teams are now set to lock horns in the final game on May 28 at the Sher-e-Bangla National Cricket Stadium.

“I think we’re yet to demonstrate our best cricket. We have discussed it amongst ourselves. So we’ll try to play our best cricket (in the last game). I think our top-order suffered a collapse in both of the games and middle-order and late middle-order also disappointed to deliver well. I think we could do better in these areas, and we’re looking into it,” Mahmudullah told reporters on Thursday.

Mushfiqur Rahim has been tremendous in this series so far. He hit 84 in the first game and came up with a century in the second which earned him the player of the match award in the first two games.

In both matches, Mahmudullah partnered with Mushfiur in two crucial stands when Bangladesh’s top-order failed to deliver. In the first game, Mushfiqur and Mahmudllah added 109 in the fifth wicket stand and in the second, they added 87.

“It’s good that we’re having some good stands. We’ll try to contribute more to the team,” Mahumudullah said about his partnerships with Mushfqiur.

Mahmudullah is also having a good time with the bat as he hit a fifty in the series opener and scored 41 in the second.

While he was asked what change he is bringing into his game, Mahmudullah said: “There’s no change in my game. I’m trying to be as consistent as possible. Since I bat at six, I always feel to deliver well when the team is in need. If I deliver well at the right time it helps the team.”

Ahead of the final match of the series, Bangladesh’s main concern is about Shakib Al Hasan’s off-form. Shakib started the series scoring 15 and suffered a duck in the second game. But Mahmudullah believes Shakib will make a strong return very soon.

“He knows his game. He knows what to do when. It’s not a joke that he has been the leading allrounder for a decade. He knows when he needs to bat and how much time he has to spend batting. He got a good start in the first game but failed to capitalise on that. But I’m sure he’ll play a good innings soon,” Mahmudullah added.